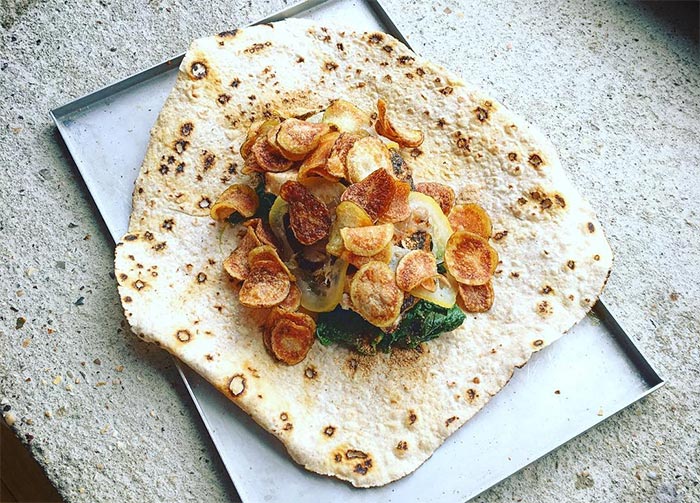 Opened this January in Carnaby, Le Bab is continuing to experiment with all things kebab. And the next stage of that is to be their bi-monthly development Sundays, launching in July.

There, they'll be serving up completely new dishes from the kitchen what may or may not make it to the menu, depending on your feedback. So you could end up with experiments like that above, which is "charcoal grilled chicken breast, new season spinach, home made "bbq" jersey Royal crisps, confit lemon." Which sounds GREAT.

AND as well as trying out the new dishes, they'll all be half price too.