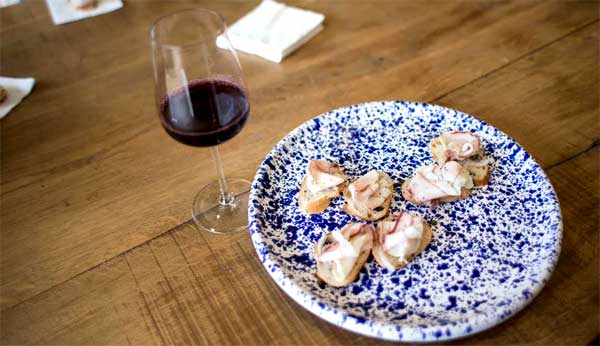 The Lardo team have certainly been keeping themselves busy of late. Next week Lardo will open their doors to Lonzo, a bakery, wine shop and kitchen on Helmsley Place, London fields (opposite Climpsons Arch). As the original Lardo on Richmond Road approaches its third anniversary, the group also opened Bebe, a neighbourhood pizzeria and takeaway at the end of 2014.

Lonzo is Lardo’s new headquarters and prep kitchen. During the day it will produce all the bread, pasta and dough and other key essentials for Lardo, Lardo bebe and Coppa, their summer rooftop popup. They've taken on a full-time baker, Ben an alumni of E5 bakehouse who will oversee all baking activities at Lonzo. Chefs will also make fresh pasta and pasta sauces as well as ice cream and eventually their own ricotta.

Visitors to Lonzo will be able to buy all of this along with a selection of (mostly Italian) wines that they’ve sourced. For those wanting to linger, there’ll be a selection of snacks and nibbles to enjoy as well as wines, beers and sodas available to drink in.

Lonzo opens officially on 14 May 2015 at 5 Helmsley Place, London Fields, E8 3SB but is currently on soft opening. Opening hours will initially be Wednesday - Sunday, 5-11pm on weekdays and 10am-11pm on Saturday and Sunday. Follow them on Twitter @lardolondon