LA’s Guerrilla Tacos will takeover Breddos for one weekend only 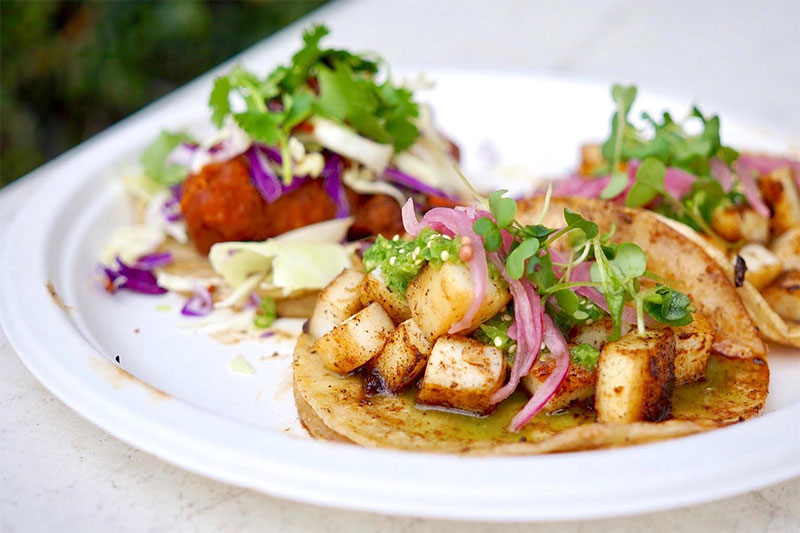 Everyone wants a piece of Breddos Tacos these days, and they’re only too happy to oblige it. After a successful partnership with Yard Sale Pizza in Finsbury Park, they’ve now decided to launch a series of pop-up ‘Tacovers’, welcoming serious taco chefs from all over the world to temporarily take the reigns in their new Clerkenwell digs.

First up, it’ll be Guerrilla Tacos from Los Angeles - the heartland of proper US tacos. For two days in January, visitors to Breddos will be able to sample Guerillas’ west coast take on the tex-mex fast food. On Friday 20th, there’ll be a seven-course taco tasting menu with tostadas, seafood and two Herradura cocktails to loosen things up (plus wine and mezcal pairings.) It’ll be followed on Sunday by an eye-watering sounding ‘all-day taco and mezcal party’ on Sunday, and dangerously affordable too with food and drinks costing between £2-3 a pop.

“Wes [of Guerrilla Tacos], is an incredible chef who has pretty much single-handedly reshaped people’s perceptions of what Mexican food can be. I’m super excited about cooking with him and also handing him the keys to our place for a day,” says Breddos founder, Nud.

In the meantime, check out our Test Drive of Breddos new spot as we left mightily impressed.