Kurt Zdesar is opening Italian restaurant Fucina, with a panetteria next-door, too 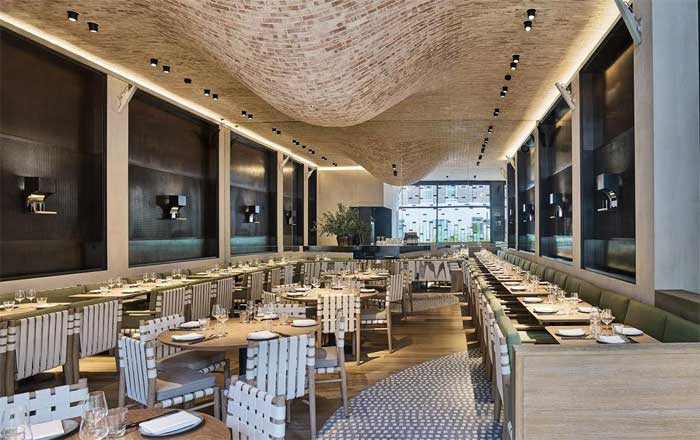 There's a new restaurant from Kurt Zdesar on the way - he's behind Chotto Matte and Black Roe - and this time he's opening an Italian restaurant with Stefano Stecca. Stecca has worked with Locatelli and Novikov and the menu will be based on recipes from his childhood (with a bit of a modern twist).

That Italian menu will have pasta handmade on-site and stone-baked pizza from a wood-fired oven. They're even using the wood-fired oven in the design of the place. Apparently, the restaurant will have an "undulating red brick-lined ceiling, to emulate the inside of a pizza oven."

Downstairs, they have what we think will be one of the restaurant's big draws. A big wood-fired pit downstairs for roasting suckling pig, lamb and boar and all sorts of large meat cuts.

And with everything being made in-house - including bread, pastries, charcuterie and gelato - they'll be selling all of that in the next-door panetteria, which will open shortly after the main restaurant. That's being headed up by ex-Princi head baker Massimiliano Porta and will have all of the above plus cold-pressed juices, freshly ground coffee, and Italian grocery goods too. And alongside those, sandwiches using the meat cooked in the big firepit.