Kricket are bringing their Indian small plates to Soho 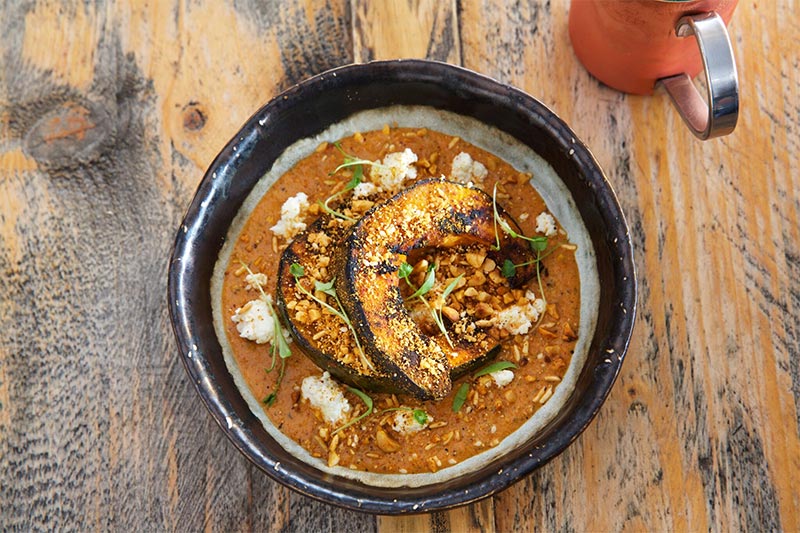 Based inside Pop Brixton, Kricket's menu of modern Indian small plates has been hugely successful and highly rated by the critics too. Now they're doubling up with a new restaurant that's coming to Soho.

It'll be a much larger site than the original - not surprising as that one is in a shipping container - fitting in 70 people across two floors. The main event is an open kitchen and the counter dining (kept back for walk-ins) but there's also a communal dining area for 14 downstairs (which can also be used for a private dining area).

A bigger space means a new menu, including new sections for robata grilled dishes and breads, meats and fish baked to order in a clay tandoor (making good use of that extra space). On the menu will be:

Plus there will be Kricket faves from Brixton, including Samphire pakoras, Bhel Puri and Keralan Fried Chicken.

As for the drinks, there will be six regularly changing cocktails with an Indian touch, featuring gin, black pepper, apricot and jasmine or blends of Rose and cardamom with tequila, pomegranate and orange.