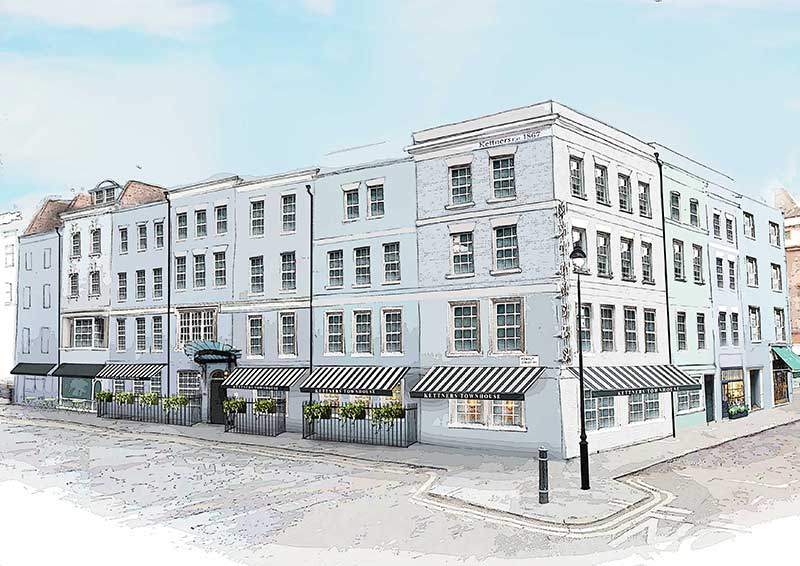 In a nutshell: French food, Champagne and a Soho boutique hotel

Summing it all up: Nearly 150 years ago, Auguste Kettner opened Kettner’s, which was one of the first restaurants in London to serve French food. Now after a brief lull, it’s reopening with more French food, bath loads of Champagne and looking more gorgeous than ever. Eyes peeled for the stunning 18th century spiral staircase...

Given a lavish two-year-long makeover by the Soho House team, Kettner's with its winning combination of restaurant, late night champagne bar, and stunning Georgian backdrop should be a massive hit when it reopens in Soho.

Soho House, which now owns it, has clearly spent a lot of money bringing this wonderful old building back to life. Even better news is that this is not going to be one of their private clubs - it's open to all.

As one of the first restaurants in London to serve French food, Kettner's roster of guests included everyone from Winston Churchill to Oscar Wilde and King Edward VII. One of the longest-running rumours in London restaurant history is that there is a secret passage that the king used in order to nip into Kettner's to dine with his mistress Lillie Langtry. They haven't found it. Yet.

Taking a look at one of their old menus, back then it was all about the beef tongue with spinach, oeufs mornay, and mousse de volaille - a traditional, whipped French pâté. Main courses were Tete de Veau or Tornedos Voisin. The menu once it reopens will be French cuisine made using locally sourced ingredients from the UK, (though we expect it'll be a tad more in keeping with the modern Londoner’s taste.)

In addition to the restaurant, there'll be a separate Champagne bar with a late licence. Of course, Kettner's was always a place to go and knock back fizz until the wee small hours of the morning, so we can't see things changing that much. The nice thing is that the place was Grade II listed, so all of the slightly louche ambience has been left, it's just been given some much-needed love. 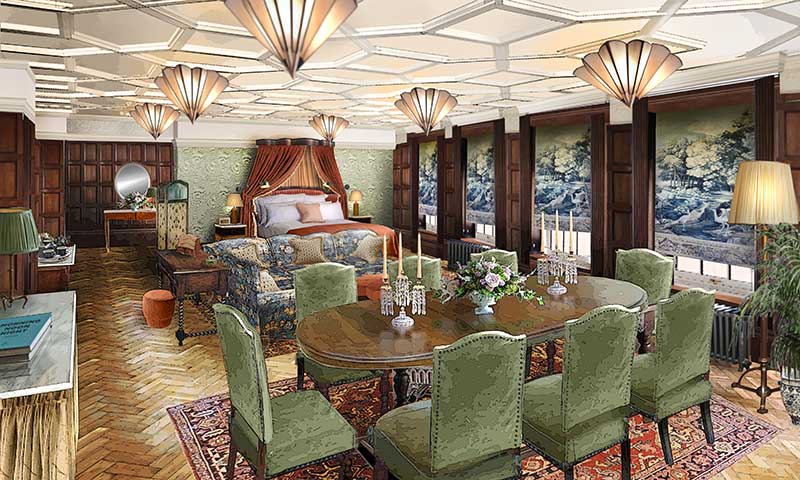 Hot Dinners got a sneak preview of the restaurant as well as a look up the 18th-century spiral staircase, at the 33 individually designed French boudoir style hotel bedrooms. The one you're REALLY going to want to book is the Jacobean Room (pictured here) which not only has its own dining room which can be catered by the restaurant downstairs, but also has its own entrance to the street so you can make like a Soho denizen, just for one night.

And look out for the lovely sketches in the Champagne bar - they're copies of illustrations found on the wall, which have now been preserved for posterity.