First look at the Kelis and Le Bun London pop-up 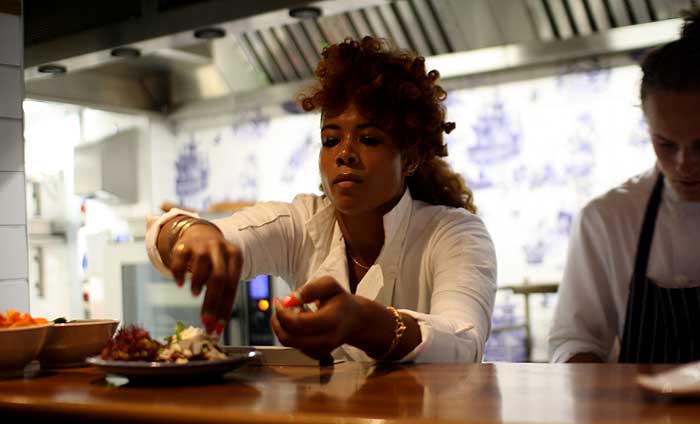 Kelis and Le Bun launched their London pop-up residency last night in Leicester House, a hotel and restaurant in Soho that’s been taken over for the occasion.

As pop-ups go, it’s a well made, if unpredictable match. The singer and street food truck duo met via Standon Calling festival, where Kelis is set to play the Sunday’s headline slot at the end of July. “I’ve been into Kelis’s music for years,” says Andy who co-founded Le Bun. “It's wicked that we see eye to eye on ingredients and I'm really excited to chef with her.”

The crossover has all come together rather spontaneously, something which is reflected in the colourful menu (which we heard may only have been printed moments before the doors opened.) The offerings, split into ‘Street’ and ‘Savage’ are far from safe. There’s a strong South American influence with a high culinary twist, offset by upmarket burger truck vibes from Le Bun. 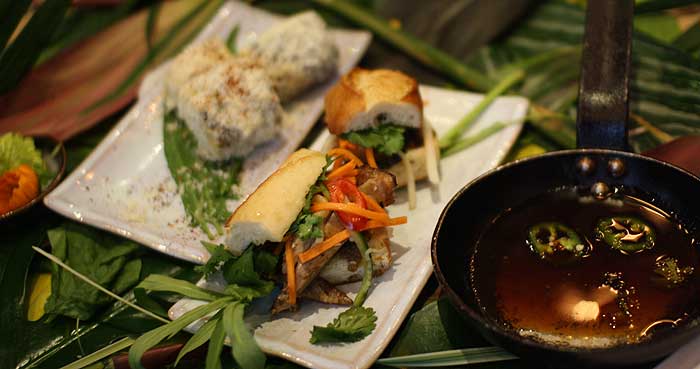 On offer, there are dishes like the truffle aji cheeseburger, served with American cheese, or the yucca oxtail poutine with aged gruyere. There’s more traditional fare on offer too, including a host of Arepas - South American cornbreads, including coconut kidney bean, ropa vieja, and our favourite, the spicy tuna with sour mango and scotch bonnet.

Cocktails are playful, and we mercifully get the milkshake reference out the way quickly with the ‘Not Milkshake’. It’s a boozy condensed milk cocktail made with Brazilian c achaça over ice, and a touch of beetroot for colour. If it ever stops raining in London, it’ll be the perfect drink to enjoy streetside, where the venue will also seat diners. 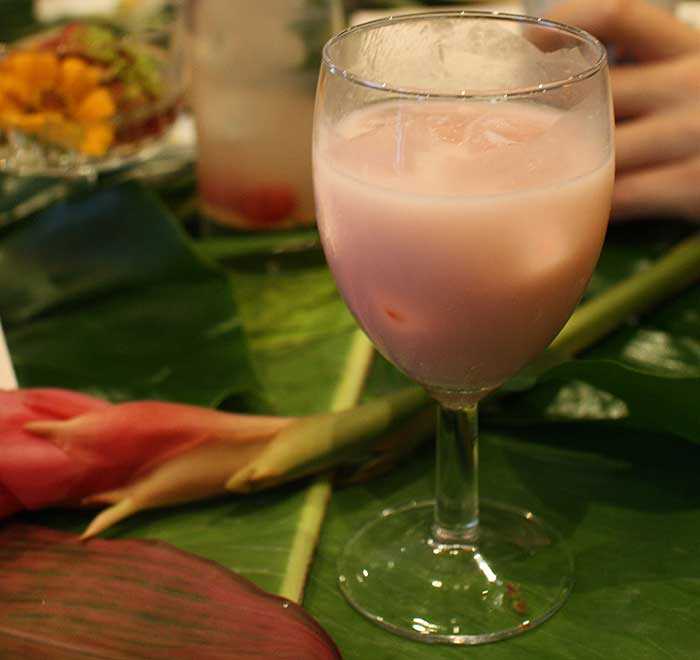 The "Not Milkshake" cocktail

Sometimes the combinations work fantastically, and sometimes less so, but it’s great fun working out what you prefer. Plus, the menu is expected to change, as and when. Variety and flexibility are the order of the day, and Kelis seems to think so too. “I don’t have a favourite dish on the menu - it just morphs all the time. That’s the whole fun of it,” she says.

If you want to catch a glimpse of the singer, you’ll have to be lucky - she’s booked out for festival appearances throughout the summer and so can’t guarantee she’ll be behind the counter for each seating. 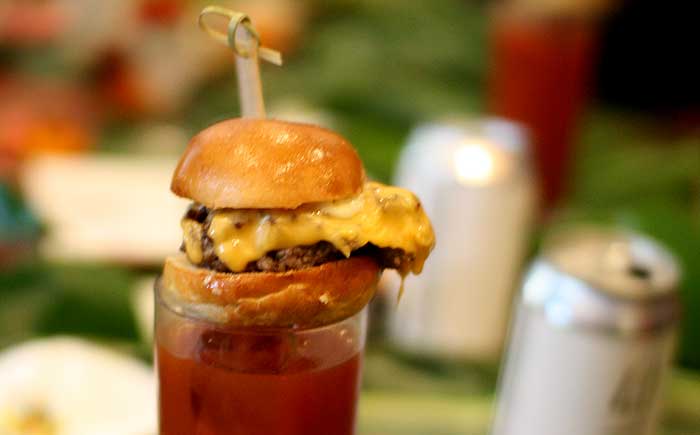 Sounds great - how do I book?

The first dates for the pop-up sold out almost the minute they'd gone up - but Hot Dinners readers are the first to hear about the details of a tranche of new tickets on sale for the following dates:

You'll be able to get these tickets first thing today (at 10am on 30 June 2016) so make sure you check out their website before they're snapped up.

Kelis and Le Bun are at Leicester House at 1 Leicester St, London WC2H 7BL. For more - follow them both on Twitter @iamkelis and @lebunuk.