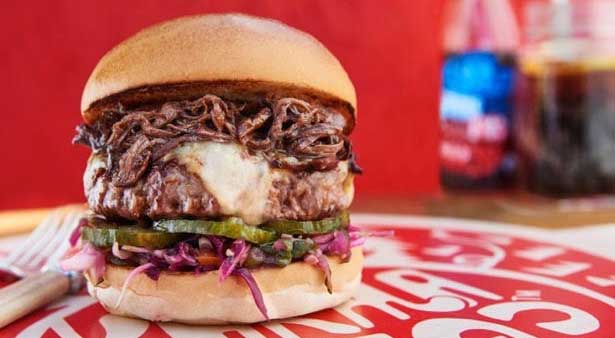 Yes we know that eating burgers makes us feel good anyway, but if you order one of the new Karma Cola burgers hitting Honest Burger from next week there's a reason to feel REALLY good about yourself. Every time they sell one of the burgers Honest Burgers will give £1 to the Karma Cola Foundation which supports the West African people who grow the Cola nut from which Karma Cola is made.

Oh, and the burger itself? It's a Ginger Pig dry-aged beef patty to which is added smoked Applewood cheddar, onglet steak braised in Karma Cola, pickles and a green chilli coleslaw. Want.

The Karma Cola Burger is on sale at Honest Burgers from 14th July – 3rd August 2015.