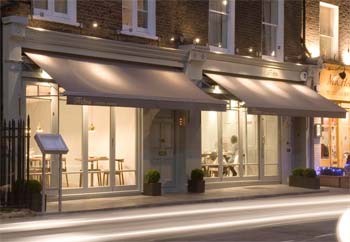 Karam Sethi's had a good time of it recently, with universal acclaim for Gymkhana from both the critics and Hot Dinners readers. For his next task, he's about to reopen his original restaurant, Trishna, after a big revamp. So if you've been impressed by Gymkhana, now could the perfect time to try Michelin-starred Trishna.

Alongside a wholesale revamp of the dining areas, there's a new menu on offer too. The food at Trishna is still concentrating on the coastal cuisine of south west India, but there's a lot on offer that's brand new. So the kind of dishes to expect there are:

As well as the menu Trishna's sommelier, Karam’s sister Sunaina Sethi, has also completely updated the wine list which will include an Indian white Sangiovese and a red Cabernet-sauvignon and Sangiovese blend from the Fratelli vineyards.

Even before Gymkhana opened, Trishna was always a great restaurant to go to (we had a great night there ourselves a few years back). Now the new-look and menus mean you've a great excuse to try it out soon.