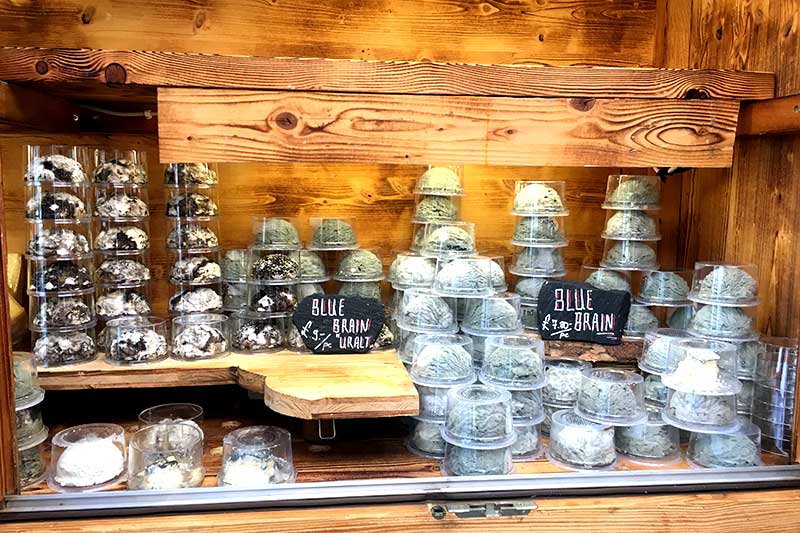 In a nutshell: Swiss cheese shop lands on Newington Green

Summing it all up: Borough Market's Swiss cheese specialists Jumi are opening their first permanent store in Stoke Newington with plans afoot to hold raclette evenings and cheese school.

The foodie hub of Newington Green has attracted a new resident. Borough Market cheesemongers, Jumi, are getting ready to open their first bricks and mortar shop there this summer.

Hot Dinners caught up with their manager Marcello Basini to hear what they have planned. Here's what you need to know.

If you haven't heard of this cheese, just do a Google Image search for it. It's one of their most well-known cheeses for a reason. As Marcello explains: "It's a very fresh cow's milk cheese with the mould developing naturally on the top - after 2, 3 or 4 weeks of maturation the cheese resembles a bit of a brain, hence the name. It's delicious and very fresh. We also let it mature for a really long time in Switzerland and sell versions that are six or nine months old and they're something really crazy - out of this world. Even with all the other cheesemongers in Borough - people really enjoy our cheese because it's something unusual."

The Newington Green store will have its own cheese cave.

"We're going to have a cave in the basement. On the shop floor there's a big glass and you can look down in the cave - we're going to mature various hard cheeses and the brain cheese down there."

It'll be pretty obvious what they're selling when you go in.

"Looks wise - it'll remind you totally of Switzerland. We have a gigantic cheese pot that's used for cooking cheese that we've turned into a fridge. So that'll be in the middle of the shop with all fresh and soft cheese in there."

To follow the cheese, expect wine and bread too

They're currently applying for a licence to sell wine. And they'll also be baking and selling zupfe - a traditional plaited Swiss bread from the Bernese region.

If you love raclette, then this will be the place for you.

To begin with they'll simply be selling the cheese for you to take home and cook yourself. They have a huge variety - natural, smoked, chilli, black truffles, wild herbs, saffron - a huge variety and it's all unpasteurised. Later, from September onwards, they'll hold the occasional raclette evenings, "People can come in and choose the type of raclette they want for the meal and pair it with some wine and some bread," says Marcello. "It's a pretty small area - no more than five tables. It'll be an intimate, cosy experience." If you can't wait that long, they'll also be doing some one-off raclette for the Jazz On The Green festival.