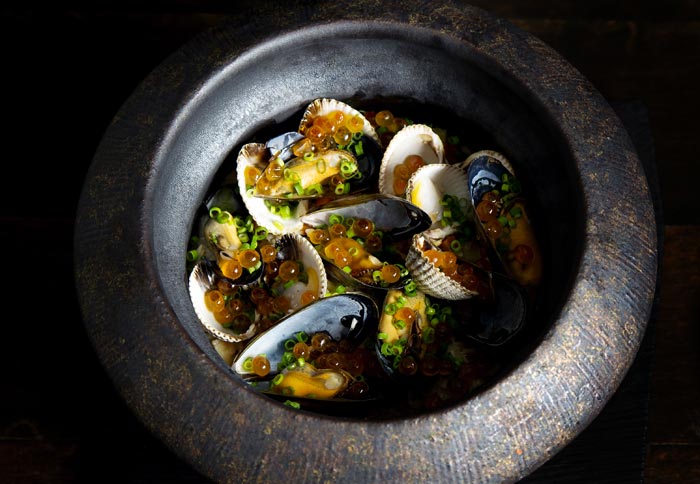 There's no sign of London's most prolific restaurateur slowing down as Jason Atherton gets ready for his next opening. That's Sosharu on Clerkenwell Road, taking over the large corner space on the ground floor of the Turnmill Building (about a minute walk from Farringdon station).

This time the focus will be on Japanese food with British ingredients. In charge here will be Executive Head Chef Alex Craciun who has spent the past year training in Japan at the Kyoto Culinary School just for this opening. So there's a LOT of preparation behind it.

It's a primarily small dish affair for the 75 seater main restaurant which will have the look of a traditional Japanese home. So far, dishes promised are:

But that's not all. There's also a separate space called Kisetsu (which means season). That has its own kitchen and will be dedicated to a daily changing tasting menu - all served with counter dining (and we LOVE counter dining at Hot Dinners).

As usual, any Atherton restaurant has just as much attention on the drink - and they've taken on Bar Manager Geoff Robinson - who has a pretty impressive drinks CV that includes Happiness Forgets and Experimental Cocktail Club. His basement bar - Seven Tales - will have an Urban Japanese design and on the bar menu, he'll have: