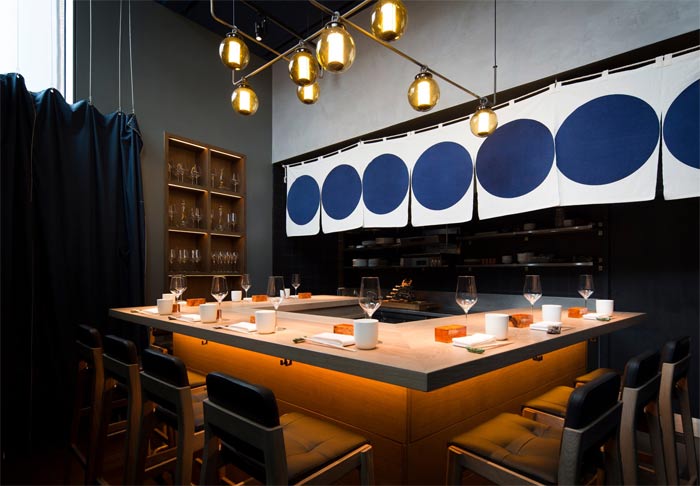 If you've already been to Jason Atherton's most recent opening, Sosharu, in Clerkenwell you may have wondered what was behind the curtain in one corner of the room. If you're as nosy as us you'll have peeked behind to find a kappo restaurant within a restaurant. While the rest of the restaurant bedded down, they've been holding this private dining space back but it's about to open this summer.

The room will be called Kisetsu (which means season in Japanese). If you book a seat here you'll be served a daily-changing menu of 6-10 Japanese small plates prepared in front of you by a dedicated chef using the best seasonal British and Japanese ingredients. If you've been to Kitchen Table the concept sounds pretty similar to that.

The wooden counter only seats ten diners, so expect this to be a hot ticket for late summer/Autumn.

Kisetsu opens on 15 August at 64 Turnmill St, London EC1M 5RR. Keep up with their news on Twitter @sosharulondon