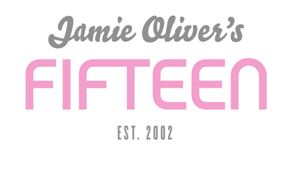 Ten years after it first opened, Jamie Oliver’s Shoreditch restaurant Fifteen is having a major revamp. The restaurant is in the final stages of a full refurbishment and Jamie has brought in a new chef to match the new surroundings. Former St. John chef Jon Rotheram has taken over the kitchen at Fifteen which will re-open later this month.

"I love Jon’s cooking," says Jamie of his new hire. "He cooked some of the best food I had last year and is a real rising star. His food has honesty, edge and attitude from his time spent at Fergus Henderson’s St. John's, but now he’s running the kitchen at Fifteen he's free to let his own style come through. The plates are ballsy yet elegant and precise, and comfort food at its best."

The new Fifteen menu follows the current big London trend for small and sharing plates. New dishes include Dorset crab, rye crackers and dill, Grilled lamb sweetbreads with yoghurt and pickles, Wild asparagus, Suckling pig and hay pie (for two), Grilled sole with fennel and salted lemon and Smoked venison sausage with cress and pickled mustard seeds. For dessert there will be a gorgous-sounding rhubarb and custard éclair as well as chocolate and salted caramel cookie with a malt milkshake.

Rotherham says of his new menu: "Whether you fancy dropping in for a few drinks with a couple of bar snacks, a really decent homemade pie or a simple, perfectly cooked fish, we’ve tried to make sure there’s something for everyone.

It seems the aim of the revamp is to turn Fifteen into less of a destination and more of a local restaurant, "a place you can drop into and eat with or without booking," says Jamie. Part of the refurb focused on Fifteen's bar area which will serve a full range of craft beers, wines and spirits, classic and original cocktails made using only in-house infusions and syrups when it reopens.

We rather like the sound of the bar snacks which include beef and barley buns with horseradish, cured pig’s cheek and walnut, smoked anchovy and hens eggs and Lincolnshire Poacher croquettes.