[SIGPLUS_EXCEPTION_SOURCE] Image source is expected to be a full URL or a path relative to the image base folder specified in the back-end but /blog/2014/britannia/gallery is neither a URL nor a relative path to an existing file or folder.
0
Shares 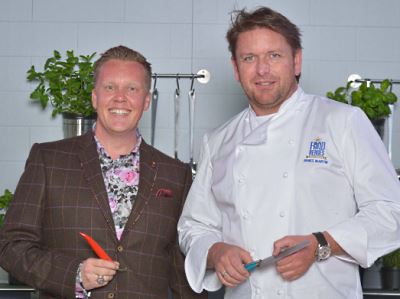 Food and drink was at the heart of the launch last night for P&0 Cruises newest ship Britannia with a team of five key Food Heroes assembled for the media.

Britannia at a whopping 141,000 tons and carrying 3,647 people will be the biggest cruise ship ever built for the British market. Turns out there is going to be a lot of impressive features if you're a foodie.

The Cookery Club has been developed by James Martin and will be the first cookery school on board a British cruise ship. It'll feature 12 cooking stations, equipped with hobs and prep space. "I plan to travel on Britannia as often as I can," says James who'll be on selected cruises during the maiden season to deliver the classes in person. "I’m also talking to a few of my friends in the culinary world about coming on board to deliver classes, so watch this space.”

Other features will include:

Britannia's maiden cruise will be in March 2015 from Southampton. For more info www.pocruises.co.uk