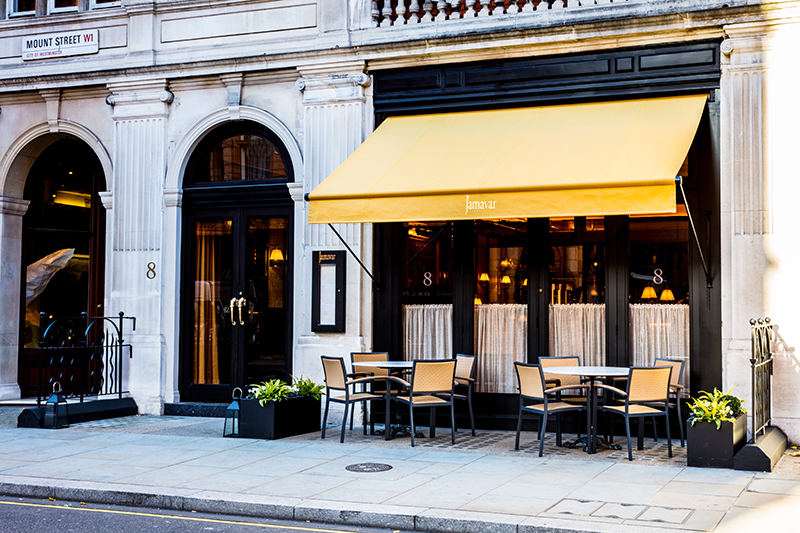 Big things are afoot at Mayfair’s Michelin-starred restaurant Jamavar. First up, the renowned Rohit Ghai is stepping down, and Surender Mohan is stepping in. Secondly, to mark the change, the Michelin-starred restaurant is welcoming not one but five top international chefs in to get creative with kulcha, a traditional Northern Indian stuffed bread.

There's no news on where Rohit (who came to Jamavar via Trishna and Gymkhana) will be going, but he did tell an Indian website that he was hoping to work more on projects there in 2018.

Back to Jamavar - kicking things off from 22 January will be Icelandic chef Agnar Sverrisson, who’ll be in the kitchen for a week whipping up a goat shoulder-filled kulcha with olive oil, skyr yoghurt dressing and a rye crumb.

Next up will be Bibendum’s Claude Bosi, followed by Sat Bains, both of whom are yet to reveal their take on the kulcha. Then, we’ll see Robin Gill of The Dairy, who’ll be stuffing his flatbreads with ‘nduja, pecorino and a calvolo nero pesto. Finally, there’ll be a Korean pulled lamb kulcha with pickled jalapenos and shiitake, served with kimchi salsa, courtesy of Judy Joo.

The main event though (or the one to head to if you can’t quite make up your mind) will be the grand finale on the 25 February, where you’ll be able to get your hands on all of the above kulchas, and a tidy seven-course wine pairing menu to help you wash it all down. A ticket to the event will cost £95.

The month’s proceedings will be overseen by Surender Mohan, who's the founding chef of the group's first restaurant and is Jamavar's Culinary Director. He said: “I love to see the kulcha, a humble accompaniment from Northern India, as the star dish, with so many variations.”

More about the Kulcha Club

The timetable of each chef guest spot is:

How to book: Restaurant reservations can be made online here. For the grand finale event you can reserve by emailing info@jamavarrestaurants.com or calling 0207 499 1800. Payment will be taken in advance.