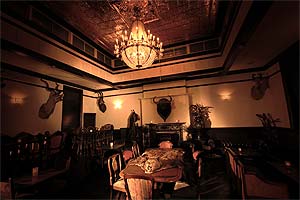 It's a boon time for Islington as the borough sees two new gastropubs opening up in the South and East of the borough within the space of a few weeks.

The first to open was The Hunter S on Southgate Road. Run by the people behind The Hemingway in Victoria park this art-deco styled pub has been given a massive makeover complete with now ubiquitous copper ceiling (ref Polpo and the new Century Club).

A look at the food menu suggests they're after a pretty discerning crowd with dishes such as salmon trio of rillet, smoked and caviar with Melba toast and Tiger prawn carpaccio with spring onion, cress salad and chilli oil. But for traditionalists there's also an apparently excellent Sunday roast on offer at the wekeend as well as beef wellington and scotch eggs to be had. 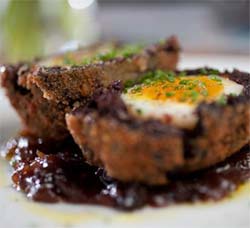 The Blacksmith and the Toffeemaker

Further south on St John Street is the newest pub opening, The Blacksmith and The Toffeemaker (formerly known as the old Queen Boadicea). First-time publicans Marc Dalla Riva and Matt Rix are putting British booze at the forefront of what they do with Sipsmith, Berkeley Square and Hayman’s Old Tom gins on the menu as well as a wide range of whiskies.

Chris Barber, former personal chef to Prince Charles, has helped the pair out with the menu. They'll be selling a range of bar snacks from a deli counter at one end of the bar with black pudding quail scotch eggs, rabbit pasties, cheeses and British cured meats as well as heftier fare like potted duck and pickles (£6), fresh crab salad (£6) or roast pork belly with sage and onion stuffing, sprout tops and roasties (£10).

The Blacksmith and the Toffeemaker is at 292-294 St John Street, City of London, EC1