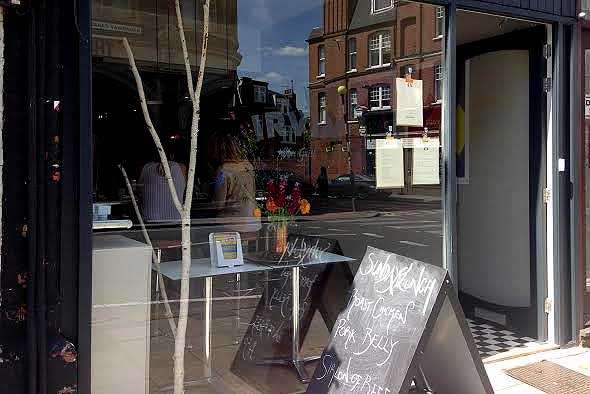 Irvin Bar Grill - a cicchetti joint in Crouch End - opened rather under the radar a month or so ago. It's run by the former drummer from Lloyd Cole and the Commotions, which will only be a big thing to you if you're as old as Hot Dinners and used to sit listening to their albums, in your 501s and Doc Martens, crying about how awful life was (it really, really wasn't).

Reviewed in the Independent this week by Tracey Macleod, turns out it's a rather nice addition to the North London dining scene. They describe themselves as 'a happy marriage of cicchetti, Italian wines and a dash of Scottish flavour by way of our whisky list and accompanying delicacies'.

In practice that means a menu featuring fusion dishes like Parmesan shortbread and Venison pepperoni as well as cicchetti dishes like seared onglet with beetroot and pear (£10) chargrilled polenta (£2.50) and grilled squid with gremolata (£11). The menu will be seasonal with dishes changing daily.

An entirely Italian wine list kicks off with Prosecco at £4 and a large selection of wine by the glass under a tenner.