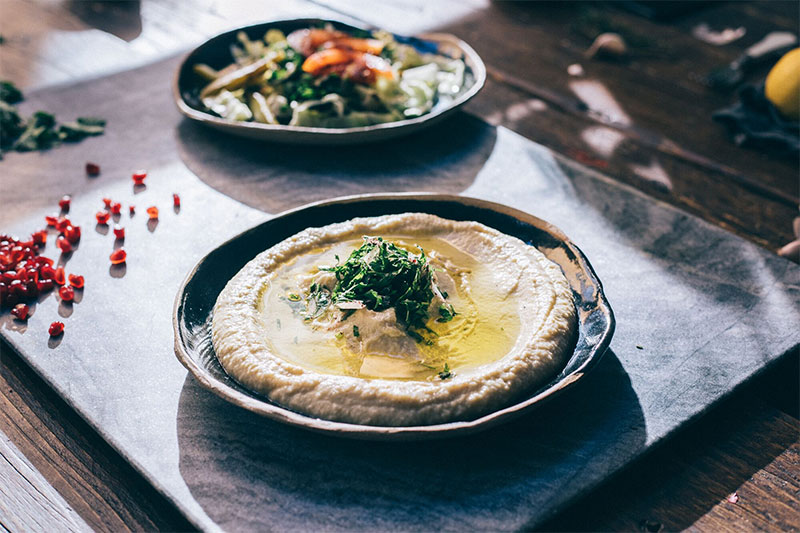 In a nutshell: A set menu of Syrian cuisine, served up family supper style around a big table

Summing it all up: After fleeing his home, and his restaurants, in Syria, Imad is now not only now involved in the successful #cookforsyria campaign, but is just about to to open his first English pop-up on east London’s Columbia Road.

A Syrian restaurant owner is opening a pop-up on Columbia Road after arriving in London as a refugee.

The restaurant, named Imad’s Syrian Kitchen (after owner Imad Alarnab), draws on the chefs previous experience of running restaurants in Damascus, as well as his experience of cooking for huge groups of fellow refugees during the long trek through Europe.

It’s quite a remarkable story on its own, without even mentioning the food. But plenty of food there will be too, in the form of a three-course set menu of traditional Damascan food. There’ll be fattoush flatbreads, toasted and served with pomegranate molasses, tomato and cucumber, kabsa spicy chicken and tabakh rohoo, made with aubergine, squash and tamarind stew.

It’ll all be served up family-supper style around a big table, so ideal for those in a social mood. The idea is to give diners a sense of Damascene tradition, not to mention Imad’s background.

“This food isn’t your typical restaurant food; it’s the food you have with your family, and it's a taste of home,” said the chef.

The pop-up, which will run for two weeks, follows on from the successful social media campaign #cookforsyria, a fundraising intiative which saw Serena Guen, Unicef and Clerkenwell Boy launch a fundraising cookbook of Syrian recipes. The pair took Iman on as an advisor, and the book was published in December.

If you'd like to attend, you'll need to book tickets in advance.