Ice cream for breakfast on Portobello Road with Four Winters 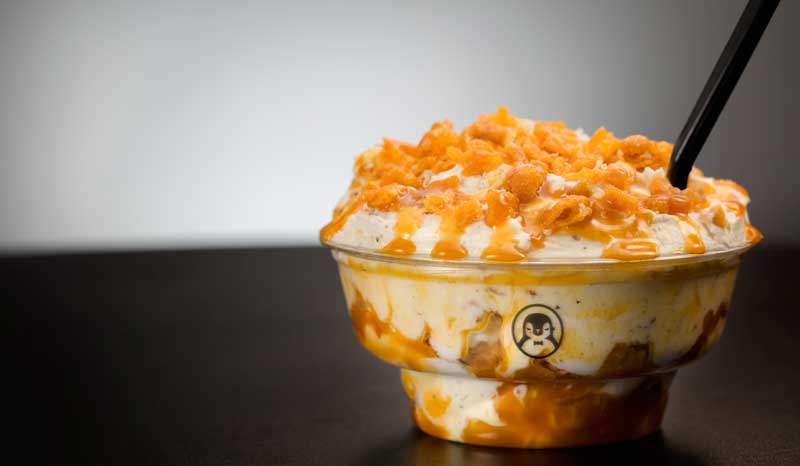 In a nutshell: Liquid nitrogen ice-cream with cereal, granola and mango yoghurt for breakfast

Summing it all up: Those after a sugary way to start their day can now have a frozen sweet treat at Four Winters’ newest venue on Portobello road.

Sugar addicts celebrate: having ice cream for breakfast is a ‘thing’ at last! At least, as long as it’s made with liquid nitrogen. That’s according to Four Winters, who’ve just celebrated the launch of their newest ice cream parlour on Portobello Road by pushing puddings for breakfast. It’s the third venue from Four Winters, who opened their first shop less than a year ago on Gloucester Road.

Though be warned, not all your options will be *quite* as decadent as all that. Things do veer ever so slightly towards the frozen yoghurt end of the spectrum, starting out with the virtually good-for-you-sounding Mango Yoghurt Smoothie Bowl, which comes topped with strawberries, shredded coconut, almonds and chia seeds.

Meanwhile, on the more exciting (read: sugary) end of the scale, the Cereal Crunch mixes vanilla ice cream with salted caramel, and comes topped with sweetened cereal clusters, which confirms our fears that a bowl of sugary carbs does not a healthy breakfast make. Or, go for the middle ground, with the Strawberry Yoghurt Parfait, with granola. Either way, we were sold as soon as we heard ‘ice cream for breakfast’.