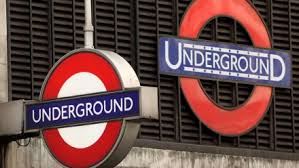 Whether you gave up trying to get to work this morning, or made it into the office but left your sanity somewhere at the back of the queue to get on to the London Overgound, you might be forgiven for thinking the tube strike was A Very Bad Thing.

But lo - what light in yonder window breaks? It's the little ray of sunshine which means that today is an EXCELLENT day for getting a table at the restaurant you've been trying to book for ages.

We rang round some of London's hardest to get into restaurants to see what availability was like for a table for two at 8pm (and no, we didn't say it was for us). Here's what we found:

Story: Table for two at 8pm? No problem.

Berners Tavern: Couldn't do a table for two at 8pm. Best they could do was a table at 9.30pm which isn't too bad for what's currently one of the trickiest restaurants to book in London.

The Wolseley: Having just reopened after a refurb you'd have thought asking for a table for dinner tonight here would be met with a polite but firm no. But we were offered a table for either 7.45 or 8.15 (both to be returned after two hours).

Dabbous: Officially the longest waiting list of any restaurant, when we rang up just before 12pm they could do a table for two at 9pm. But you'll have to be quick.*

NB: All this may change as less-committed foodies baulk at the thought of trying to get home late on a restricted service. So it's always worth calling up later to see if they've had more cancellations.

*If you're reading this story more than 10 minutes after it was published, you might expect the table at Dabbous to have gone. Sorry.

So, if there's a restaurant you've been dying to visit but couldn't get in the door for months - today and tomorrow are the days to try and score a booking.

Our list of London's hottest, buzziest and downright hard to get into restaurants right now.