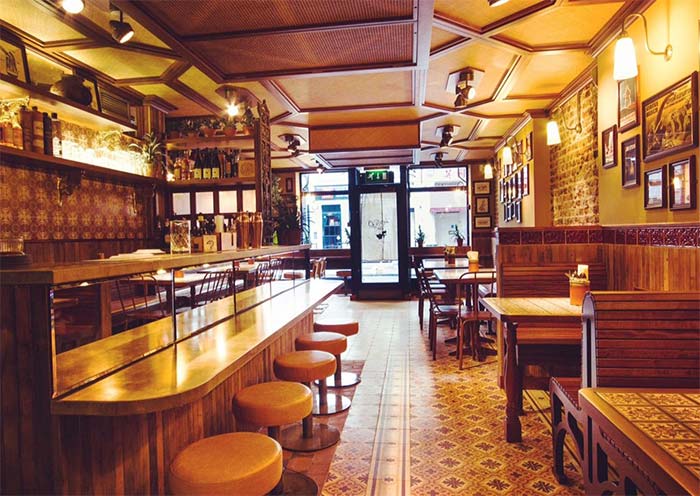 When it was revealed that Koya was closing for good, there was much wailing and gnashing of teeth, quickly followed by speculation as to what would take its place. Now that's been revealed as Hoppers, the latest from Karam, Jyotin and Sunaina Sethi - the siblings who are behind Trishna and Gymkhana. As well as those high profile restaurants, they also back Lyle's, Bubbledogs and Bao - so they're very much onto a winning streak at the moment.

This latest restaurant will be one of their smallest (seating around 40) and is said to be inspired by roadside shacks (boutiques) of Tamil Nadu and Sri Lanka, and the design will reference them. These shacks focus on hoppers and dosas.

What's a hopper, you may ask? While you may be familiar with dosas (fermented batter of ground rice and lentils), hoppers may be new. Also known as Aappam (which is often mispronounced as "hopper", they are a thin, bowl shaped pancake made with fermented rice batter and coconut milk. These will both obviously be a big focus at Hoppers and will be served with a choice of meat, seafood or vegetable kari and a selection of sambols and chutneys made with freshly ground coconut.

And cocktails too which will feature Genever and Arrack, while Sri Lankan Lion lager and stout are also available, as is Masala buttermilk, Dilmah Metre Tea, and black pepper cream soda which will be made in house.

Hoppers will open October 28 2015 at 49 Frith Street, Soho, London W1D 4SG, Monday - Saturday. It'll be for walk-ins only. Find out more from them on Twitter @hopperslondon