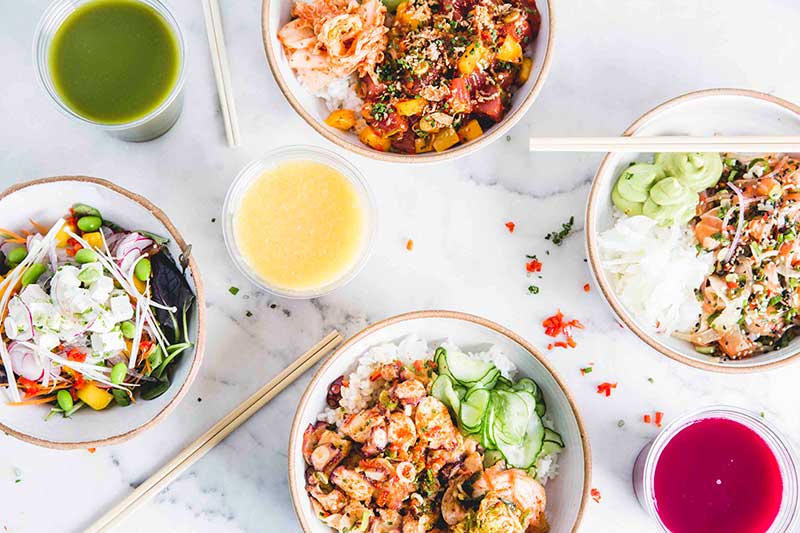 In a nutshell: City poké spot

Summing it all up: Fenchurch Street is the latest part of the City to get its own poké restaurant and Honi Poké is open from breakfast through to post work sustenance.

The onslaught of poké restaurants in London continues with news that the City is about to get yet another one. Soon there'll be one on every street corner if the rate of openings continues.

The latest to open their doors are Honi Poké who are opening on New London Street this month. Their poké bowls come with flame-torched octopus, tuna, salmon, chicken teriyaki or tofu, paired with a base of sushi rice, brown rice or veg slaw. If you're after some additional umami, add in some salty mango, sunomono cucumber or nori seaweed.

Their USP comes in the fact that the menu was devised by chef Richard De La Cruz, who was formerly chef de partie at the three Michelin-starred Quique Dacosta restaurant in Spain.

The space itself features take out on the ground floor with a mezzanine floor if you want to eat in. And while you can stay healthy with a fresh fruit smoothie to drink, there's also the option of wine, Prosecco and beer too.

And if you're after a healthy breakfast, they'll be serving up South American tapioca bread made with cheese and gluten-free flour to kickstart your day.