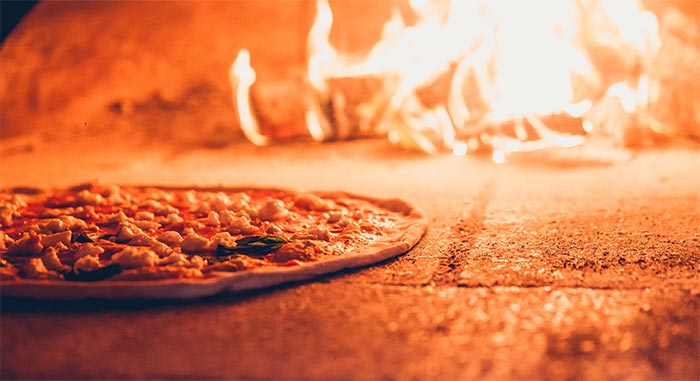 They're already big in Covent Garden and now Homeslice are on the way to Fitzrovia with their second restaurant.

This time they're going a bit bigger as the new place will seat 120 and they'll have a dedicated takeaway space - which will be handy if you're working in the area. Otherwise expect a cocktail bar, counter seating and a big wood fired oven in the middle of the restaurant.

As for food, there will be a seasonal list of 20” pizzas, available whole or by the slice to eat in or to take away. They'll have some classics, including Margherita and Salami, Rocket & Parmesan - and some more unusual combinations including Goat Shoulder, Red Kale & Sumac Yoghurt and Mushroom, Ricotta, Pumpkin Seed & Chilli. Drinks wise, they'll be prosecco ontap, lots of natural wine, local craft beer and seasonal coctails.

Homeslice Fitzrovia will be at 52 Wells Street, London, W1T 3PR. They're having a soft launch with 50% off food from 29-30 August before a full launch on 1 September. Find out more from them on Twitter @homesliceLDN