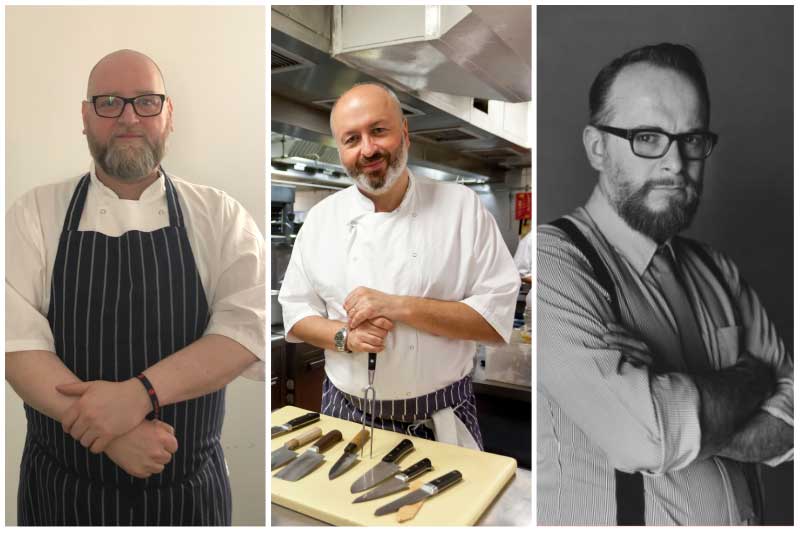 What: Hero of Maida

In a nutshell: Henry Harris in Maida Vale

Summing it all up: The space that was once The Truscott Arms is getting a big overhaul and returning as The Hero of Maida. There's a menu by Henry Harris and yes, the big Sunday lunches are making a comeback.

Henry Harris has been very busy of late. Not only has he opened Three Cranes in The City, but he followed that up with the Coach in Clerkenwell which has been very well received (and we were impressed too). The last of his trio of announced pubs sees him taking over the space that was left by the Truscott Arms.

As before, Harris is Chef Director, with Head Chef Steve Collins in the kitchen (previously Head Chef at Les Deux Salons and Corbin and King’s Bellanger in Islington) and they're both joined by Thomas Blythe as General Manager (that's all of them in the pic above).

The Sunday roast was always a big feature at Truscott, so that's back, including a seven-hour slow-roasted shoulder of lamb and rosemary that'll be served downstairs and up in the dining room.

In addition the downstairs bar will serve sandwiches and salads during the day.

Both the downstairs pub and the upstairs dining room are getting overhauled from its Truscott days, as will the garden out the back. As for that name? It refers to General Sir John Stuart's triumph at the Battle of Maida. So now you've learned a bit of history too.

More about Hero of Maida