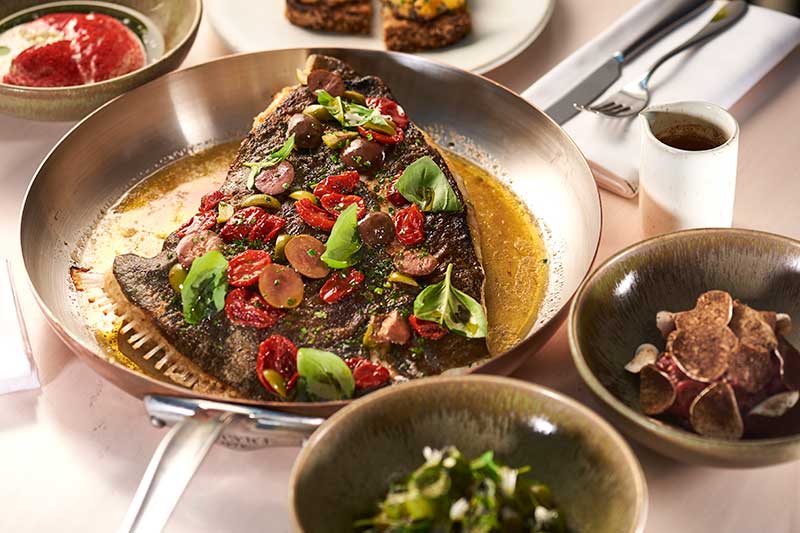 Summing it all up: As Ollie Dabbous focuses his attention on his new restaurant Hide, the boutique hotel where he ran Henrietta will now be opening a more informal restaurant with the former Head Chef of Compagnie des Vins Surnaturels at the helm.

Ever since clapping eyes on Hide and the sheer scale of that endeavour, we've been left wondering how long Ollie Dabbous would continue his partnership with Henrietta Hotel over in Covent Garden. Now we have our answer.

The hotel will open Henrietta Bistro next month with chef Sylvain Roucayrol in the kitchen. Sylvain, who'll be replacing Dabbous has come over from the company's sister site Compagnie des Vins Surnaturels.

Expect the whole thing to be a bit less formal than before, inspired by the food of southern France and Northern Spain. Sylvain's menu kicks off with Kintoa ham from the Basque country served with piment d’Espelette while mains include dishes like veal sweetbreads, nettles and vin jaune and a ‘bocadillo’ of beef txistorra or maybe and Brocciu, a creamy Corsican cheese (£9), and Asparagus with razor clams and wild garlic.

They're also aiming to bring in a lunchtime trade as no lunch dishes will be more than £11.

Later on, with a late license through to 1am, they're promising to turn the music up and the lights down. We rather fancy the sound of a jug of Osasun to get things started - combining Izarra (a French Basque liqueur), Fino sherry, honey and Espelette pepper syrup and plum.