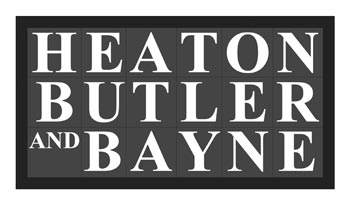 Hot Dinners readers will get an exclusive 50% discount on the food bill for lunch and dinner at Heaton, Butler and Bayne from 10-11 April 2013.

Today sees the opening of Heaton, Butler and Bayne, a bistro-style restaurant in Covent Garden. It’s the latest venture from restaurateur Robert Siegler, who also owns the nearby Le Deuxieme and The Market Café on Broadway Market.

Heaton Butler And Bayle is situated on the corner of Long Acre and Floral Street, taking over the space formerly occupied by The Forge, which was also owned by Siegler. Located on the site of a nineteenth century stained glass factory (after which it is named), the place has been completely redesigned, and a 1960s-inspired Mad Men-style cocktail bar has been added downstairs.

Swedish chef Jonas Karlsson, who previously worked at the fifth floor restaurant at Harvey Nichols, will be in charge of kitchen operations, and will be working on a daily-changing seasonal menu. Dishes to expect include duck bresaola with pickled cucumber and pomegranate, Jerusalem artichoke soup with homemade brioche and cured Loch Duart salmon with beetroot and peashoots. A weekend brunch menu and Sunday roasts will also be on offer.

Front of house is run by Haley Forest who you might recognise from the original Polpo in Soho. She was also part of the opening team for Polpo Smithfield.

HB&B marks another triumph for the area’s burgeoning restaurant scene. With Balthazar, Polpo and Meat Market all close by and both Shake Shack and Five Boys heading here soon, Covent Garden is now properly one of London's go-to areas for good, fun food.