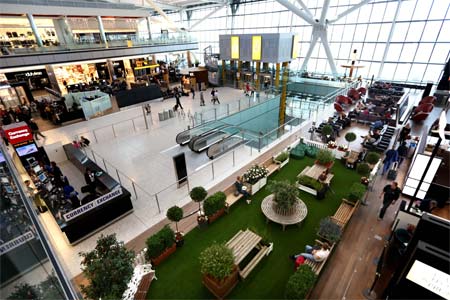 It's not something we would have expected, to be honest - a form of street food is the latest arrival at Heathrow Terminal 5.

The airport has created a small park inside the terminal to "give passengers a relaxing space to de-stress in." But more importantly, they've joined up with some of Heathrow's restaurants to create some food suitable for the Almost Alfresco™ area. So Gordon Ramsay's Plane food has a chicken and mango salad, Itsu is creating avocado and crab Maki rolls and Caviar House is providing some fish tartar canapés made from Norwegian salmon.

So, while we may be a while away from Big Apple Hot Dogs or the Rib Man setting up shop there, it's something to keep an eye out for if you're leaving from Heathrow this week.

The park officially runs until November 5, but there is a possibility it'll stay open longer.