[SIGPLUS_EXCEPTION_SOURCE] Image source is expected to be a full URL or a path relative to the image base folder specified in the back-end but /blog/2013/hawksmoorbar/gallery is neither a URL nor a relative path to an existing file or folder.
0
Shares 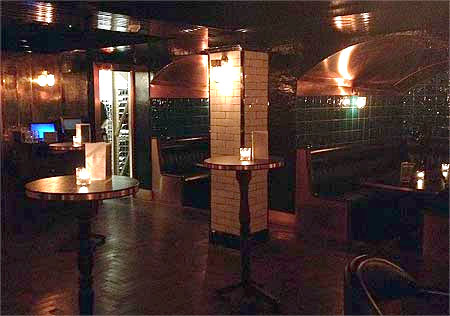 Updated with our first impressions and a new gallery.

It's all go at Hawksmoor Spitalfields bar where they've been playing around with the menu and changing the layout so the bar has its own entrance from the street.

Hot Dinners has had an exclusive preview of the new menu. Fans will be glad to hear that the French dip sandwich, the nuggets, the poutine are all staying on but now have different meaty bits on them - so the poutine is now pig's head while both the nuggets and French dip are now ox cheek. There are also a few new sandwiches including a filet o'fish made with whiting and a jalapeño tartare. The Bermondsey frier sandwich is gone and in its place is a Chana Masala veggie burger with lime pickle mayo which those who've tested it say is pretty darned addictive.

And - for those of you, who like us went slightly bonkers over the salted caramel rolos at Hawksmoor Air St - it's perhaps dangerous news to discover that they're now on the Spitalfields Bar Menu.

The new Hawksmoor Spitalfields bar launches on 11 June 2013 with a brand new entrance at 157B Commercial Street, London E1 6BJ. And we've just heard that from Monday 10 June to the end of the month they'll be offering a rather lovely 50% off the food bill.

Update: We were invited along to Hawksmoor Spitalfields to try out the new bar menu and that pig's head poutine was an - incredibly rich - winner indeed. We'd also highly recommend the ox cheek nuggets and french dip too - and you can never go wrong with a full-fat Old Fashioned. Hawksmoor never disappoint, but unfortunately our own camera skills do and our pictures... left something to be desired. But if you fancy a much better look at what to expect - check out the gallery below with official pics from Hawksmoor themselves of what we ate on the night. We did need a little lie down after all that lot...