Hawksmoor has a new burger meal deal and it's the business 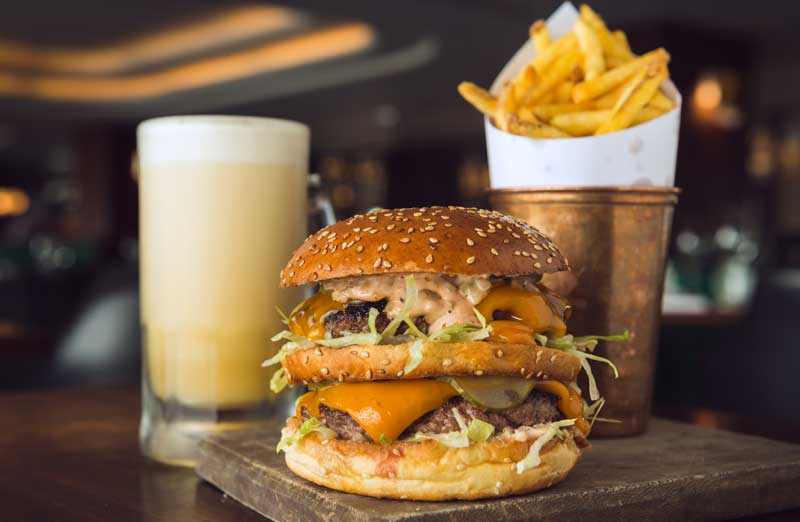 Sometimes we feature stuff on Hot Dinners for no other reason than - well for goodness sake just LOOK at that.

This fine example of a meal deal is the Big Matt Meal at Hawksmoor Spitalfields Bar. They originally had it on the menu for Independence Day but it proved such a hit that it's being put on all their restaurant menus till the end of September.

If gazing on the picture above isn't enough to have you grabbing your oyster card and wallet, then details of the two charcoal grilled 100% beef patties with Hawksmoor special sauce, Sparkenhoe Red Leicester cheese, shredded iceberg, onions and homemade pickles should finish you off.

More about The Big Matt

Where is it? All Hawksmoors

When does it open? Until the end of September 2017 available from 12pm-6.30pm, Monday to Saturday at all Hawksmoor restaurants and in the evenings at Spitalfields Bar