Hawker House is back for winter - landing in Canada Water 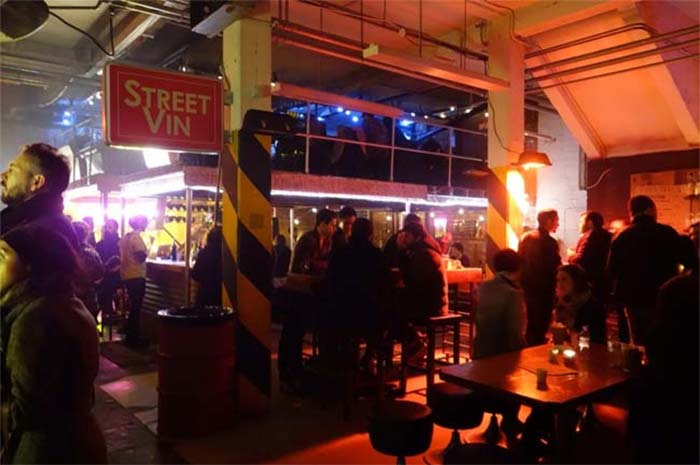 Following a very successful stint last Autumn and Winter, Hawker House is back, bringing Street Feast insite for the winter, along with some of its top street food traders - and some new faces too.

This time they're heading over to Canada Water. If you went to Secret Cinema this summer, it's in one of the warehouses next door. There will be 13 street food traders on the two floors.

They'll have some new names - including Meat Hook by Neil Rankin. That's an Argentine-style, three-meter-long, whole-animal grill - the sort of thing you may have seen Rankin work with at Meatopia. There's also Up In My Grill serving up hunks of meat served with shoestring fries and Chimichurri - with giant Picanhas to share. And they're getting in on the whle animal thing too - with whole goats and lambs over their Asado grill.

Plus six bars. Proper cocktails will come from the Milk & Honey Mercury Lounge, beer and huge cocktails from the Hangar Bar, cans of booze at Can Hatch and wines from Street Vin. There's also The 86 which has "four fantastic spirits, four delicious cocktails and a soundtrack of classic albums played start to finish". And finishing things off, there's the Whisky Bar with whisky roulette.

Hawker House opens for Oktober Feast on 23 and 24 October (get ticket for that here). It reopens officially on 30 October at Canada Street London SE16 2XU and will stay there until April (with a small Christmas break from 12 December to 29 Jan). For more, follow them on Twitter @StreetFeastLDN.