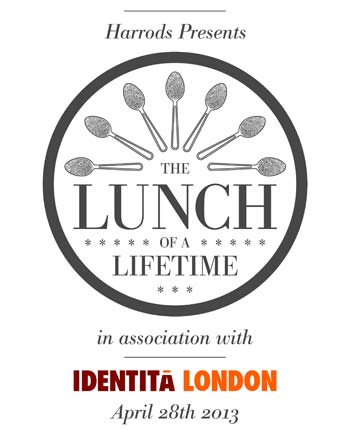 If you fancy trying some international Michelin star cooking but can't be faffed with the Ryanair nightmare to get there, then Harrods' latest food event may well be the thing for you. At the end of April, they're bringing in seven Italian chefs with 13 stars between them for a special event as part of Identità London, which aims to  showcase Italian cuisine.

It's a seven course lunch - with each course served up by one of the chefs, who will be cooking at separate stations around the table so you get to see the dishes being prepared, with Q&A sessions too. The line up consists of:

The seven course meal including matched wines for £150 per person. 100 tickets will go on sale on Monday 15th April with the lunch taking place on Sunday April 28. To book, call Harrods Concierge on 020 7225 6874 or email concierge@harrods.com.