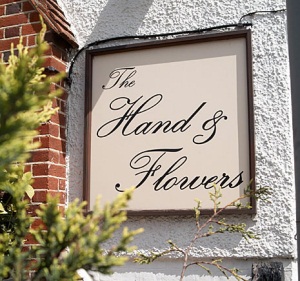 Chef Tom Kerridge whose Marlow pub the Hand and Flowers is the only one in the country with two Michelin stars, celebrated last night being named the UK's top restaurant at the National Restaurant Awards. The Hand and Flowers toppled The Ledbury which had held the top slot for three years in a row.

London restaurants took six of the top 10 positions (and just over half (58) of the full list of 100 restaurants) with The Clove Club being the highest new entry at number 5. Bruno Loubet's Grain Store won the title of Sustainable Restaurant of the Year while The Sportsman's Stephen Harris, whose astonishing food we only tried for the first time two weeks ago, was named Chef's Chef of the year.

10 Greek Street picked up a gong for Best Wine List while Hutong at the Shard must be one of the newest places on the list, having only opened in June. Elsewhere, Aiden Byrne's Manchester House was named the place to watch.

The list is voted for in much the same way as the World's 50 Best by a panel of 150 restaurateurs, chefs, food critics and journalists across 12 regions of the UK.

For the full list of 100 restaurants go to Big Hospitality.