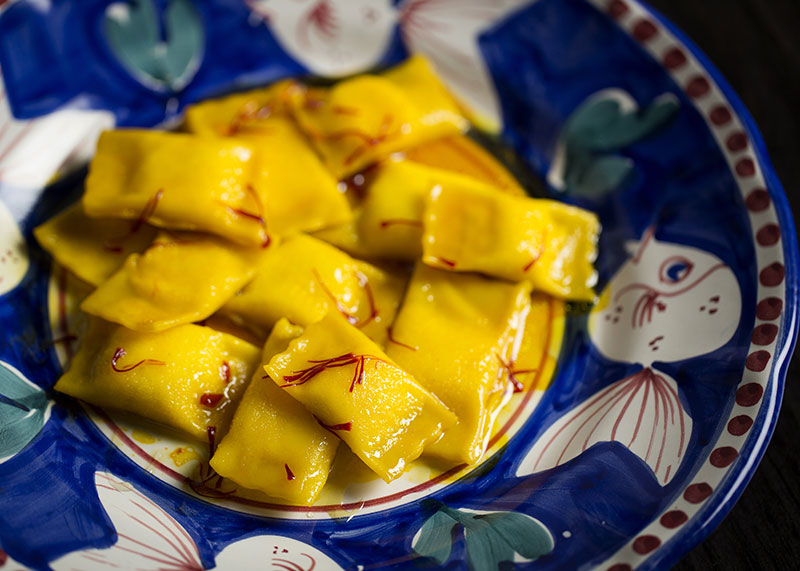 We've known for a while that Jason Atherton was planning a new Italian restaurant in the NOVA development at Victoria (does the man EVER sleep?). And now a few more details have been released on what that restaurant will be.

Hai Cenato will be Atherton's first Italian restaurant. Apparently, the name translates to 'have you had dinner?' in Italian. In addition to Jason and his wife Irha, the team will feature Chef Patron Paul Hood, who heads up Social Eating House. He's bringing over James Brown, currently the Senior Sous Chef at Social Eating House, to Victoria.

Surprise, surprise - you can expect pasta, risotto and pizzas to feature. They'll include flavours like confit lamb neck, spiced aubergine, ras el hanout, mint and yoghurt. Plus they'll have a guest chef pizza every month, with one from Tom Kerridge planned. And it'll follow in the footsteps of Padella, Luca and Emilia's Crafted Pasta in having a special pasta room where you can watch the fresh pasta being made.

Also on the menu is:

The NOVA restaurant will also feature its own bar, The Drunken Oyster, which will serve up classic Italian cocktails with a twist and sparkling ‘taptails’. They'll include Negrosé, The Drunken Oyster’s sparkling interpretation the negroni made with Fords gin, strawberry and tonka bean Campari and Cocchi Rosa vermouth.

Hai Cenato will open in February 2017 at NOVA, 85 Buckingham Palace Road, London SW1W 0AJ. Keep up with their news on Twitter @haicenato