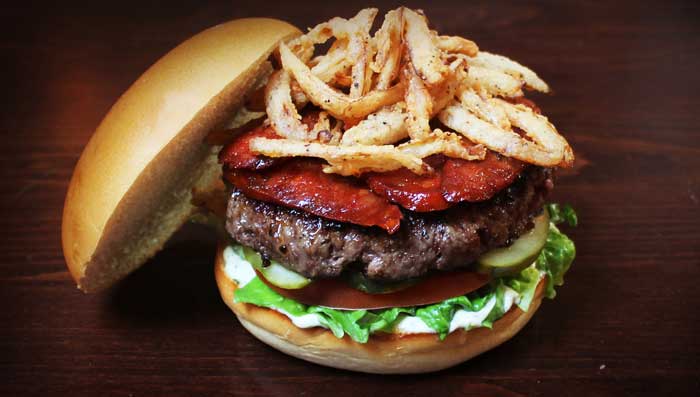 It's taken a while for the dust to settle, but almost two weeks on from the referendum we have our first protest in the form of food. Haché are a French burger chain, serving German and Belgian beers with meat sourced from Scotland and a choice of two buns French Brioche or Italian Ciabatta.

The L’European Burger seems like a fine way to register your disapproval of Brexit in protein and carbohydrate intake. It's available from July 8th 2016 in all Haché restaurants and if you order two on Tuesday 12 July you'll get one free. Keep up with their news on Twitter @hacheburgers