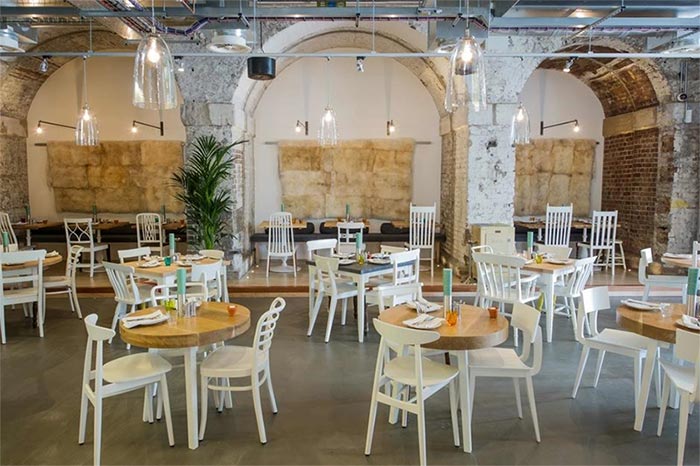 An airport is never the best place to find some decent food, but things are getting better. Recently we had Heston opening at Heathrow and now Bruno Loubet is coming to Gatwick with a new Grain Store.

As with the original, the menu leads with vegetables. It'll have a new all-day menu that's specifically geared to travellers (and served quickly as a result - meals served within 15 minutes) but they'll still be keeping seasonality and sustainability at the forefront of things. Expect food to be sourced from local British producers plus a new breakfast menu that will only be available at the airport. On that menu will be:

And we tried out the menu recently too.

Much like the Kings Cross Grain Store, there's a separate bar if you fancy a quick cocktail before jetting off on your travels (or smoothies if it's just too early). Theyy'll include the Beehive Fields – Chamomile infused Chivas Regal whisky, lemon juice, honey.

And it's also being designed by Russell Sage Studios. He designed the first Grain Store, as well as the revamped Quaglino's and The Savoy Grill. The big feature here will be the glass wall that lets you see into the kitchen and the chefs busying themselves within.

Grain Store Cafe and Bar opens in Gatwick's South Terminal on 28 January 2016. For more, follow them on Twitter @GrainStoreKX