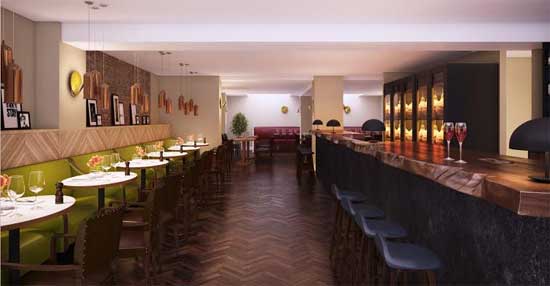 When the news broke a year ago, that Gordon Ramsay had bought back the lease on the site where he'd first come to fame with Aubergine, there was no mention made of what he was actually going to do with 11 Park Walk. We were told that it wouldn't be fine dining, but that was all.

Today we hear that Ramsay is turning the site into a Maze Grill, which while we're sure it'll do well enough is frankly a lot less interesting than we thought it might be. The 60-cover restaurant will serve up rare breed steaks, fish and poultry from the Josper grill alongside a selection of sushi and sashimi from a dedicated raw bar.

"We are delighted to be moving forward and evolving with a proven format.” said Stuart Gillies, Managing Director at Gordon Ramsay Group. He may be, but for ourselves we're a little sad as it ends our pipe dream that Ramsay might return to his roots and run another restaurant that might win critic Fay Maschler's rare game-changer accolade as he did with Aubergine.