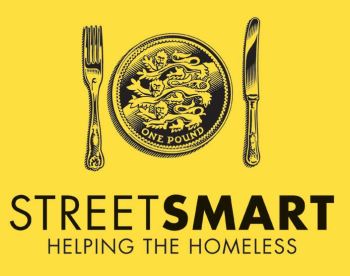 Homeless charity StreetSmart raised an incredible £805,000 from their annual charity campaign, an achievement which was marked in a reception this week at the Cabinet Office.

Between the months of November and December 2012, diners at a large number of top UK restaurants were encouraged to donate £1 on top of their restaurant bill towards this worthy charity. All the funds raised go to a number of StreetSmart projects including the provision of help for homeless people all over the UK to find employment, providing emergency accommodation and supporting homeless prevention for the young.

Over 550 restaurants and hotel groups took part in this year, including some of London’s most popular establishments such as Polpo, Maze, MEATLiquor, who raised over £14,000 in just one month and Quo Vadis, who recently won Best Kitchen in the Tatler Restaurant Awards.

A reception was held in honour of this record-breaking charity event in London on Monday night, where the top earning restaurants were announced. The reception was held at The Cabinet Office, marking the fact that the government matched diners’ donations this year, almost doubling the charity’s profits.

The top ten earning restaurants are revealed below; showcasing the generosity of London's restaurant-goers.