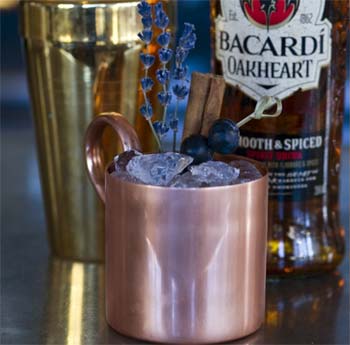 But that's not all Gordon has on the cards for this month. In addition to the GR2013 events, Ramsay's Camden restaurant York and Albany is opening a special pop-up "hunting cabin" starting from today for six weeks.

It's modeled after a hunting lodge (apparently York & Albany is built on historical hunting grounds) with lots of tweed, antlers and animal skins decorating the place. So if you fancy pretending you're in the Downton Abbey Christmas special, it could be right up your street.

They'll be offering hot drinks to keep you warm (and judging from the weather reports, that's well-timed) including mulled wine, hot apple cider and spiced boozy hot chocolate with homemade marshmallows. There will also be a range of snacks including duck rillettes, game sausage rolls, black pudding, scotch eggs and venison sausages with relish.

The cabin will also be involved with GR2013 with a special Burns Night inspired menu available on the 25th January, with £2 from each menu being donated and a drinks menu featuring specially created cocktails, with a donation too.

For more info on the events - visit the Gordon Ramsay site.