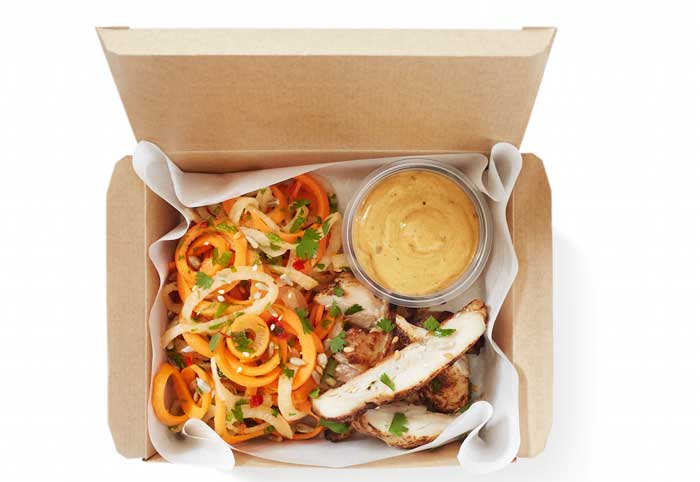 Here's an easy prediction. The new tie-up between fast food chain LEON and Gizzi Erskine will be a runaway success. Launching next week, the chef and food writer Gizzi will showcase the dish she created - the Chicken Satay Salad costs £6.45. It was inspired by her cookbook Gizzi's Healthy Appetite and consists of sweet potato, carrot and daikon spiralised salad, topped with LEON’s chargrilled chicken and finished with a punchy pot of satay sauce with a sprinkling of toasted seeds.

Sounds like Gizzi enjoyed the challenge too: "There have been so many unexpected obstacles – from sourcing affordable ingredients without compromising quality, to making the method simple enough to serve the dish within thirty seconds across thirty-eight stores," she explains. And look out for more collaborations between the chef and the chain later this year.

Leon launches the Gizzi Erskine Chicken Satay Salad on 21 September 2016. Keep up with their news on Twitter @leonrestaurants