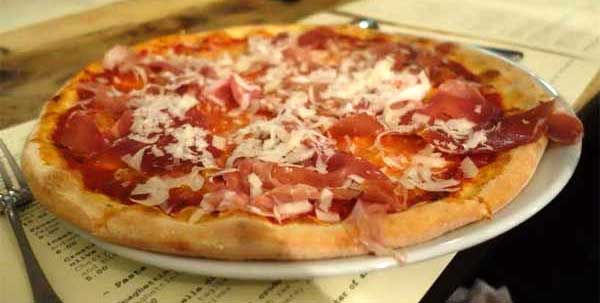 The roving pizza popup set up by Giorgio Locatelli with his wife Plaxy, which was in Marylebone for a three week stint last September, is once more on the move.

This time the Michelin-starred chef is going to be throwing pizzas in Islington (well at least his staff will). Pizza Locadeli will take over the old Post Office space on Upper Street for three months. The space around it is currently being redeveloped as Islington Square - part of a multimillion pound new square featuring restaurants, shops and cafes. The restaurant will seat 65 and we might have to pop down and try the large bar in the centre of the dining room serving up Italian cocktails.

We do know they're planning on being open all day - serving up breakfast cooked in the pizza oven as well as wood-fired pizzas, pasta, salads and a range of wine and cocktails. To find out more on what to expect, check out our Test Drive from their pop-up in Marylebone.