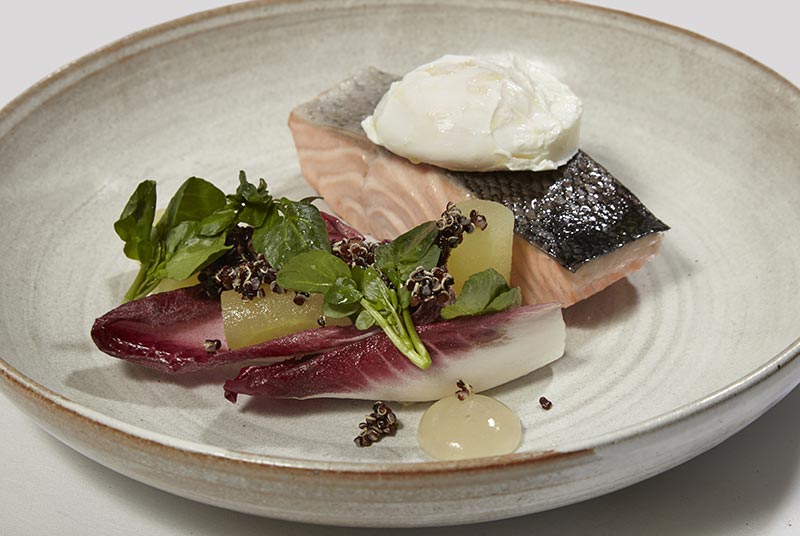 In a nutshell: All day traditional dining with a contemporary twist.

Summing it all up: Tuck into classic British cuisine in Duke Hotel's new restaurant GBR, including British charcuterie and halibut with red wine and truffle crisp bar snacks. And maybe extend your visit to try one of Duke's legendary martinis at their hotel bar...

GBR's kitchen is being looked after by Nigel Mendham, who's also worked in South Lodge, Stapleford Park, The Samling Hotel, and The Lygon Arms in the Cotswolds.

Of course, we can’t mention Duke s without giving a suitably massive nod to their bar, particularly their legendary martinis which are rumoured to have inspired the shaken-not-stirred hero of Ian Fleming 's James Bond series . The martinis, which are notoriously strong and come straight from the freezer, have consistently earned Dukes a spot on multiple lists of the ‘Best cocktail s in London’ variety. So you'll be needing to make a stop in here before or after (or both!) heading to the restaurant.

If a martini isn't quite your speed through, you’ll also be able to try some of GBR’s cocktails, which will be ‘both classic and inventive’, or a refreshing craft beer.