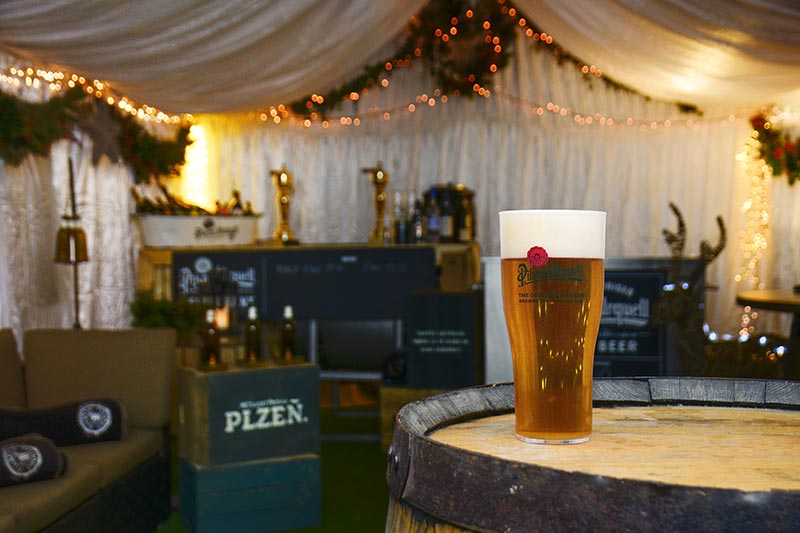 If the idea of sitting out on terraces isn't quite your thing during winter, you'll want something that's a bit more like the Pilsner Urquell Winter Garden that's just launched beside Galvin Hop in Spitalfields. Running into the new year, it's essentially a beer tent that's been added alongside the main restaurant. Anyone can head along there from 5pm-10.30pm daily and you can hire the place out too.

Obviously, Pilsner Urquell is the drink here and the tent will have its own copper tank, and there will be spirits, Galvin Champagne and mulled wine alongside that. As for snacks, they'll be: