From Rajasthan to Battersea: Chokhi Dhani comes to London with fine Indian food 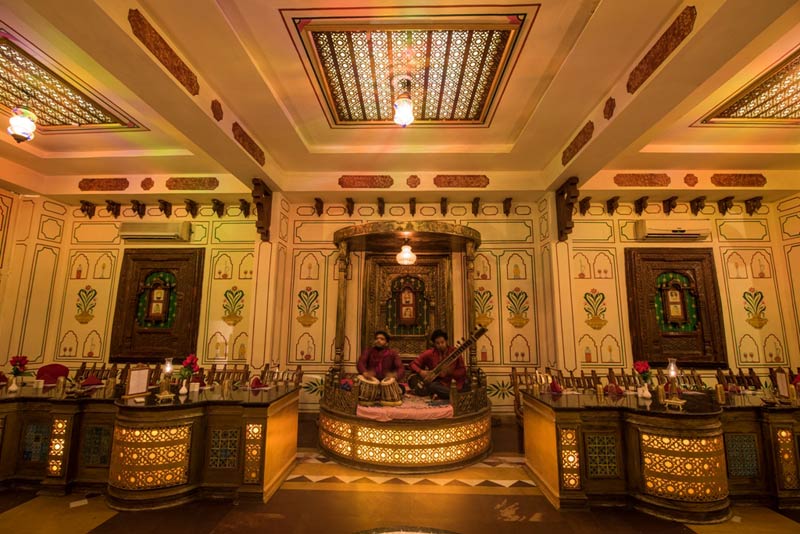 In a nutshell: Contemporary Indian food in Battersea

Summing it all up: A five-star luxury hotel makes the leap to London for its first overseas restaurant, with street food downstairs, upmarket dining upstairs, and lots of art - including a giant, 14ft bronze elephant.

Yet another international luxury restaurant is taking the overseas plunge in London with the arrival of Chokhi Dhani. The Indian five-star hotel brand (that's a pic of one of the Indian resorts above) will be opening their first restaurant abroad in Battersea, where they’ll be dishing up fine contemporary food inspired by the flavours and dishes of the subcontinent

The head chef is Vishnu Natarajan, who you may have come across in Soho’s Carom, who’ll be joined by a host of other talents including Vishnu Natarajan, Bhagwan Singh, Bombay Bustle's Mohammed Naseem Qureshi and Rakesh Sharma.

We’re yet to see a peek of the menu, but we’ve been promised a mix of street food on the ground floor, while upstairs things will be considerably more smart, where the restaurant will be aiming for “aristocratic luxury at its most seductive.”

Oh - and they’re going to have a life-sized, 14ft bronze elephant, which sounds more than worth a look.