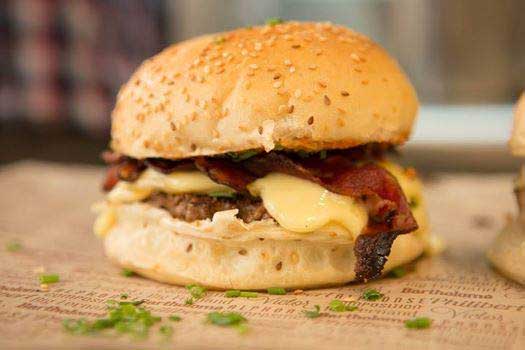 What's this? The French are crossing the channel to bring their burgers to London? Big Fernand opened its first place in Paris back in 2012 and now has eight restaurants in France. But they're heading for rapid expansion and London is their first international outpost.

Their thing is to to take the burger and give it some Frenchie voom. So they have artisan buns, a patty made of Charolais and Aberdeen Angus meat, unpasteurised French cheeses such as Tomme de Savoie, Raclette or Fourme d'Ambert for toppings and home-made sauces created by Chef Thomas Boutin.

Like your burgers to be done just how you want? Well you'll be pleased to hear that at Big Fernand you can choose it served blue through to well-done. There are five combos to choose from including beef, chicken, veal and lamb and you can add in extras like confit onions or grilled courgettes.

A pared down wine list features a single red, white and rosé wine as well as French beer.

Big Fernand opens in March 2015 at 19 Percy Street, London W1T 1DY. Keep up with their news on Twitter @BigFernand_UK