Once again the people behind Hawksmoor and Foxlow come up trumps with a dish that stops you in your tracks. Although hopefully not quite like the permanent stop that The King came to after eating too many snacks like this: 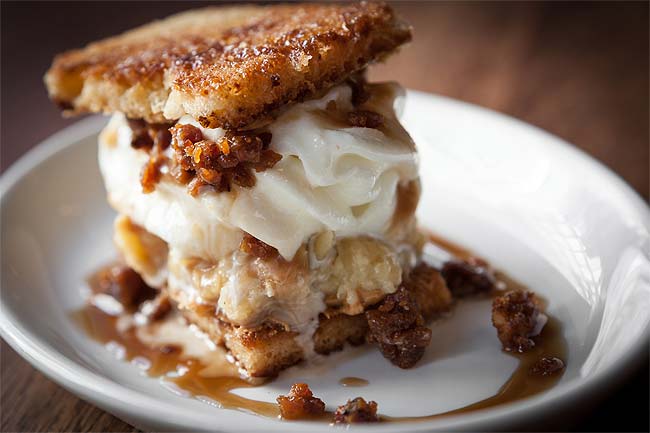 The Elvis Presley sandwich is made of milk soft serve ice cream with peanut butter and banana compote and is sandwiched between brioche fried with cinnamon sugar, topped with peanut butter sauce and bacon cooked in maple syrup - although you can leave that last bit off if you want (but why would you - it's bacon!!). It's available now at Foxlow for £5.75. Find out more about Foxlow.