Forest Bar and Kitchen is Walthamstow's answer to P Franco 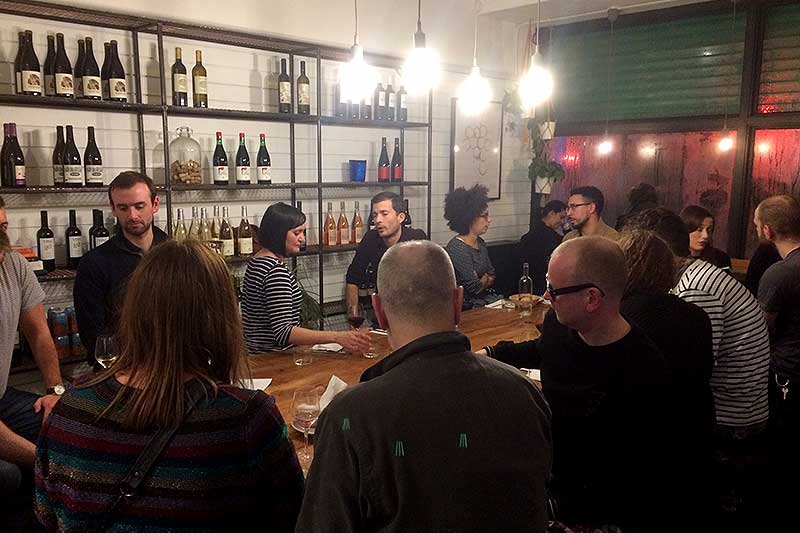 Summing it all up: The folk behind Walthamstow's Forest Wines have opened up their first restaurant, just down the road from their wine store.

Three years ago husband and wife team Jana and Ali dealt with there not being a decent wine store in Walthamstow by setting their own up - Forest Wines - which specialises in organic wine, local craft beer and selected spirits. Now they've gone one further and opened up their own restaurant.

Forest Bar & Kitchen which just opened this weekend is billed as serving up "Modern European food paired with organic wine." Jana and Ali have teamed up with chef Nico Salzano to showcase a short menu of seasonal dishes, centred around one large sharing table - very much like Clapton's P Franco. To give you an idea, their opening menu featured dishes such as Mussels, nduja and fried bread or Whelks, remoulade.

You may have tried Salzano's food at a couple of sold-out pop-us in Clapton. An enthusiastic home cook, he then trained up in Paris.

As you might expect, there's plenty of decent stuff to drink. "The wine list is mostly made out of organic, biodynamic and natural wines made by smaller producers from all around the world. It's concise and will be changing frequently to match the seasonality of our food menu." Plenty of it will be available by the glass too.

It's already won plaudits on social media for its opening weekend, with chocolatier Paul A Young branding the place "fabulous".

Right now, they're finding their feet and are only open on Fridays and Saturdays. But expect those hours to be extended. You'll also be able to book the place out for private parties and we hear they're alredy planning a weekend brunch menu.

When does it open? Open now. Opening Hours to begin with are Fridays & Saturdays 6pm-11pm