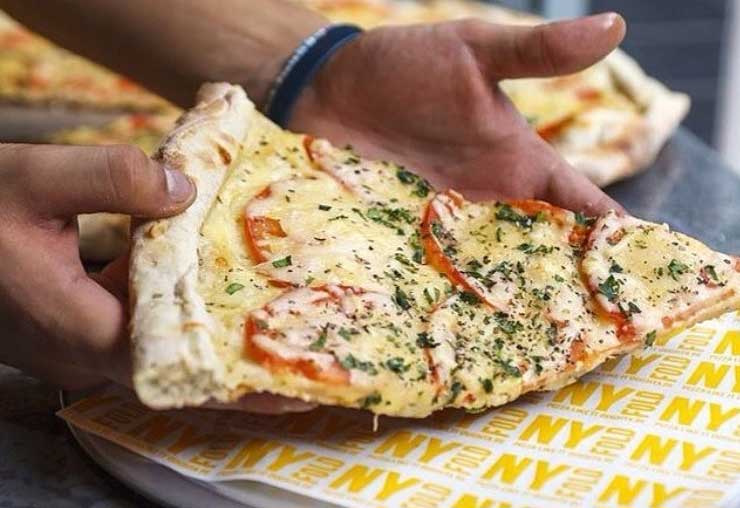 In a nutshell: Short nugget

Summing it all up: This new London Fields pizzeria is the second UK branch of New York–style pizza chain FOLD. They bill their pizzas as large, thin crust, hand tossed, wide slices that are made for folding and stuffing in your mouth.

Three years on from bringing their American pizzas to Charing Cross Road, FOLD (previously known as NY Fold) are opening a second restaurant. Their new place is in London Fields.

The restaurant, with room for 70 pizza lovers to dine in (or outside - as they also have a courtyard), is in the new Monohaus apartment building on Sidworth Street.

In addition to pizzas like the Pitt Master which features pulled pork, bacon, caramelised onion and a brushed crust, they'll have a bar stocked with beer from several local brewers like Five Points and 40 Foot whilst also serving up margaritas and espresso martinis.

The East London branch will also launch a breakfast offering, centered around egg dishes and panzerotti - an Italian pasty stuffed with hams, or cheeses. More new dishes include skillets with chicken parm, eggplant parm and lasagna.