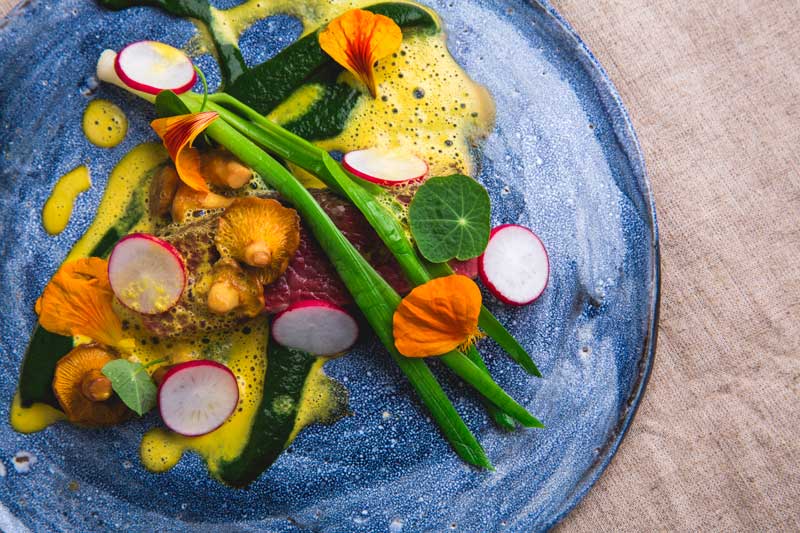 This time around Ollie Downey will be joining Michael Thompson in the kitchen, bringing together their joint Claridge's experience to roll out a menu that’s full of food themed around the changing seasons. You can expect lamb nuggets, rosehip ketchup and fermented turnip mayo with foraged rosehips and native British lamb. There’ll also be a lovely, oceanic-sounding dish of Cornish cod poached in seaweed with sea vegetables - also foraged.

As usual, the whole thing is *very* ingredient-led, and designed to celebrate the onset of harvest time.

“September brings a new season and with that a new menu, the hedgerows are brimming with goodies that we've been picking and preserving for our month with Borough Wines,” said Michael.

Since fodder’s first visit to Brewery Below, they’ve been diligently expanding their network of independent suppliers and craftspeople, hence, we assume, the new, seven-course long menu. It’ll cost £45 for the lot, not including the drinks curated by the wine bar to accompany your meal. Given that it’s in a nano-brewery, you may want to opt for a beer flight, which highlights local producers and includes a limited edition brew made for the pop-up, made, unsurprisingly, with foraged ingredients. Or, you can go for a wine flight, featuring lots of low-intervention natural and organic wines.

If all of this sounds very much like your thing, then you’ll also want to note that the pop-up designed to run alongside Urban Food Fortnight, a London-focused celebration of local and independent ingredients.

When: 7-30 September, Thursdays to Saturdays

Where: Brewery Below, 344A Essex Road, Islington, London N1 3PD