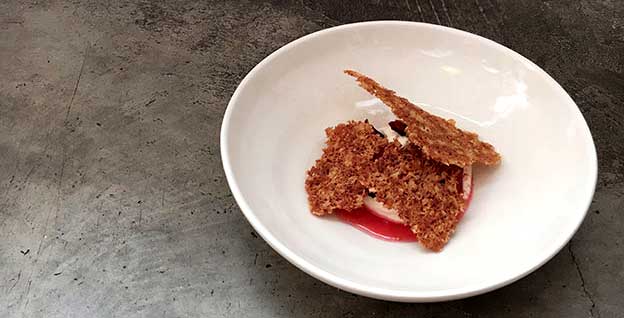 If you consider yourself a serious London foodie then we can't think of a better way for you to blow £100 than tickets to Magic Breakfast's Magic Dinner. This is the second event hosted by the brilliant charity and they've got the hottest line-up imaginable.

The deal is that there are 100 tickets, priced at £100 each for a six course dinner cooked by seven of London’s most exciting chefs. The whole thing takes place at Hoi Polloi at Ace Hotel, with the evening's proceedings hosted by Jonny Woo.

(A bit about the charity itself - Magic Breakfast delivers healthy breakfasts to over 23,500 school children who would otherwise be too hungry to learn. It works with 480 schools, but has more than 300 schools on its waiting list requesting urgent food aid.)

Hot Dinners has been given an exclusive preview of this year's menu and it looks bloody fantastic.