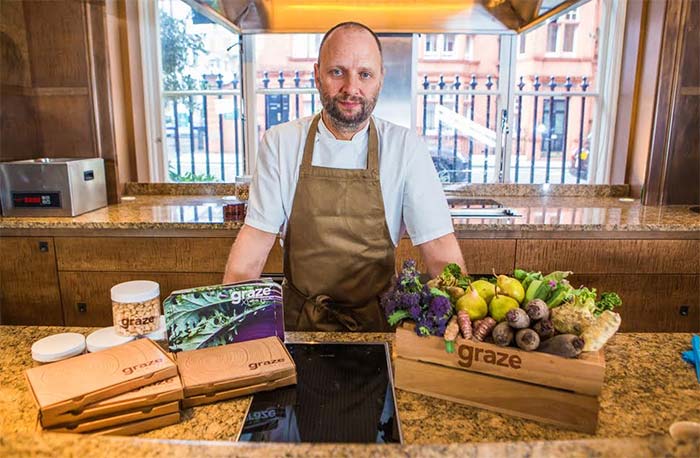 Ever thought that your lunchtime snack was just lacking something a bit... Michelin starred cheffiness? Well if you are in the market for some high-end snacks, then the latest from Graze may well be the thing for you.

They've just joined up with Fera and L'Enclume's Simon Rogan for some pretty amazing sounding snacks:

We do like a Graze snack box every now and then but those really do sound like a step above the rest. As he says "I took inspiration from the food we serve at Fera at Claridge’s and L’Enclume and then worked with the graze team to explore the recreation of beautiful British flavours into the new snacks."

However - you won't be able to grab one of them that easily. Instead, 100 boxes will be made available - and you can enter a ballot on graze.com to be in with a chance of getting them. It's apparently the start of a new series - so it'll be interesting to see where they go from here.

BUT - if you don't get lucky, not all is lost. Graze are working with Simon Rogan on a "legacy" snack too - and that'll be added to the huge list of snacks for subscribers soon.